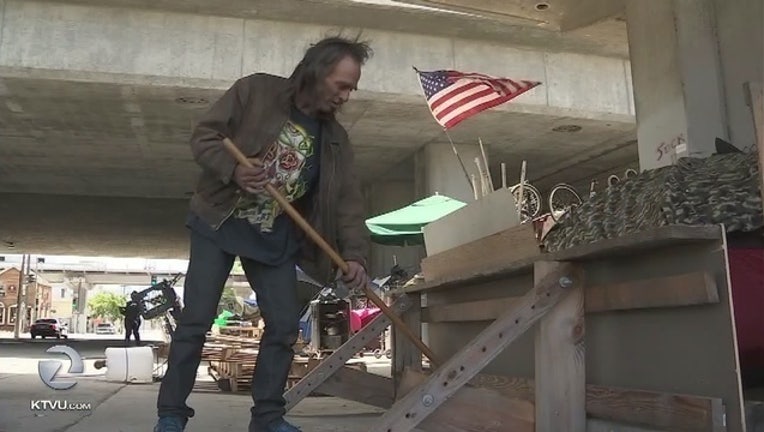 Veteran homelessness across California dropped by 5.2 percent since last year, according to a new national estimate announced today by U.S. Housing and Urban Development.

The report found a national drop of 5.4 percent, and a decrease to nearly half the number of homeless veterans reported in 2010.

"We've made great strides in our efforts to end veteran homelessness, but we still have a lot of work to do to ensure those who wore our nation's uniform have access to stable housing," HUD Secretary Ben Carson said in a statement.

They attribute the drop to the HUD-Veteran Affairs Supportive Housing program, which combines permanent HUD rental assistance with case management and clinical services provided by the VA. Last year, more than 4,000 veterans found permanent housing and support services through the
program, according to HUD.

Veterans who are homeless or at imminent risk of becoming homeless should contact their local VA Medical Center and ask to speak to a homeless coordinator or call the National Call Center for Homeless Veterans at (877) 4AID-VET.