Hunger cuts deeper into Bay Area than ever before, food banks say

OAKLAND, Calif. - The COVID-19 pandemic began nearly a year ago and one of its side effects has been that hunger is eating away at the Bay Area.

The number of households struggling to eat has more than tripled as the virus led to a loss of jobs and incomes, according to some estimates.

It's a silent crisis that weighs heavily on families and food banks.

But starting before dawn, cars line up on Oakland's Frontage Road to get into a parking lot where hundreds of drivers will inch along for hours waiting.

The payoff for their patience will be an allotment of vegetables, bread, dairy products, meat and other staples. 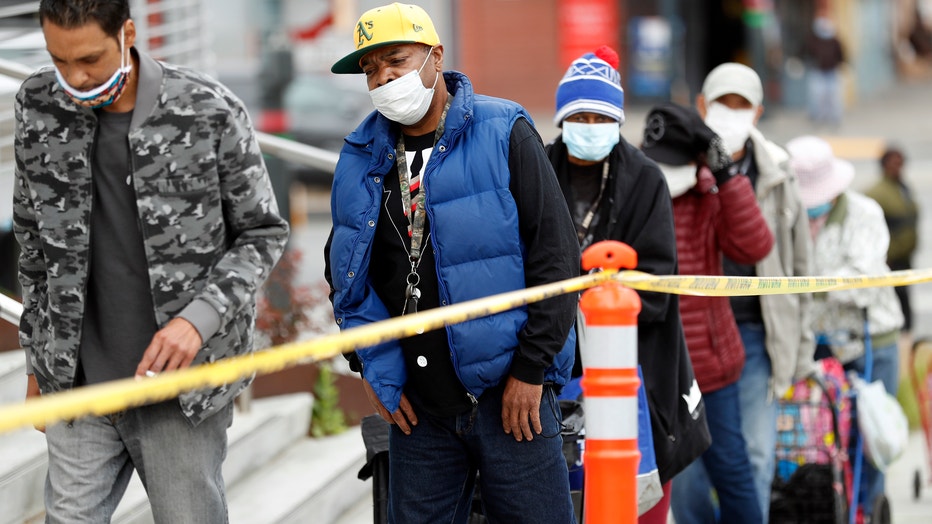 Food banks have always provided a safety net for low-income households, but they've never seen a demand like this.

"Nobody saw COVID coming," said Michael Altfest, a director with Alameda County Food Bank."Nobody would wish this on anybody, but it happened."

Hunger is everywhere in the small town of Cloverdale. Hundreds flock to weekly giveaways.

Cynthia Clark is a waitress and office manager from Cloverdale who's been laid off.

"It hasn't been helping, getting quarantined," Clark said. "I think everybody's frustrated."

Vallejo's largest pantry served 1,200 people in the week before the pandemic. Now, they give out food to 2,000 people.

"We're getting record numbers of newcomers who have never been to a food bank before and this is a new experience for them," said Ben Buggs, the founder of Faith Food Fridays.

Bay Area food banks say 1.5 million residents are "at risk" or experiencing hunger. Demand has doubled or even tripled among households with children.

Many recipients at a Novato drive-through food bank said they didn't expect tough times to drag into 2021.

"People returning week after week after week, because they're still in deep need," said SF-Marin Food Bank Program Director Sheila Kopf. "It's hard, and it's going to be hard for awhile."

The beginning of the COVID vaccinations is a turning point in the actual fight against the virus, but it won't help erase debt.

Not even during the last recession.

Providers are expanding and buying more food, but they say government intervention is what is needed, because food banks should not be responsible for the long-term sustenance of the community.

See more coverage of this topic on KTVU.com/HungerHitsHome.