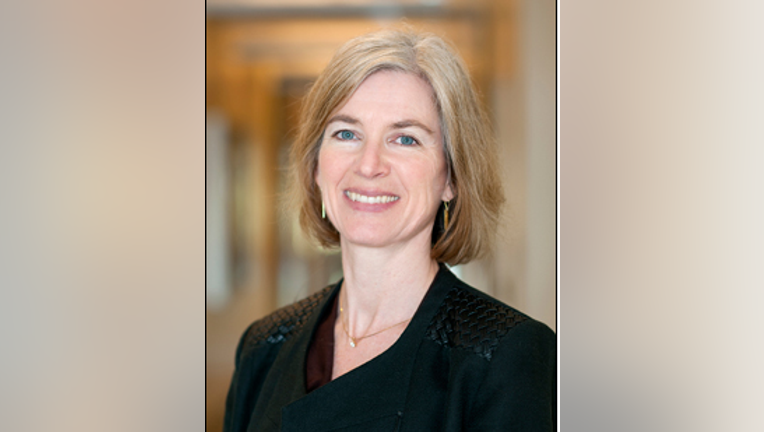 BERKELEY, Calif. - In consecutive days, another distinguished member at UC Berkeley has won a Nobel Prize.

On Wednesday, the Royal Swedish Academy of Sciences in Stockholm Sweden, announced that it awarded the Nobel Prize in chemistry to Jennifer A. Doudna and French scientist Emmanuelle Charpentier.

The researchers won for developing a method of genome editing likened to "molecular scissors" that offer the promise of one day curing genetic diseases.

Doudna told The Associated Press about her surprise at receiving the early morning call.

"I literally just found out, I'm in shock," she said. "I was sound asleep."

"My greatest hope is that it's used for good, to uncover new mysteries in biology and to benefit humankind," Doudna said.

"There is enormous power in this genetic tool, which affects us all," said Claes Gustafsson, chair of the Nobel Committee for Chemistry. "It has not only revolutionized basic science, but also resulted in innovative crops and will lead to ground-breaking new medical treatments."

Gustafsson said that as a result, any genome can now be edited "to fix genetic damage."

Gusfafsson cautioned that the "enormous power of this technology means we have to use it with great care" but that it "is equally clear that this is a technology, a method that will provide humankind with great opportunities."

The prestigious award comes with a gold medal and prize money of more than $1.1 million, courtesy of a bequest left more than a century ago by the prize's creator, Swedish inventor Alfred Nobel. The amount was increased recently to adjust for inflation.

Doudna is a biochemist, and the Li Ka Shing Chancellor Chair in Biomedical and Health Sciences and Professor of Biochemistry, Biophysics and Structural Biology at Cal's Department of Molecullar and Cell Biology.

Meanwhile in Berlin, Charpentier told reporters by phone, "I was very emotional, I have to say," after hearing of the award.

On Monday, the Nobel Committee awarded the prize for physiology and medicine to Americans Harvey J. Alter and Charles M. Rice and British-born scientist Michael Houghton for discovering the liver-ravaging hepatitis C virus.

Tuesday's prize for physics went to Roger Penrose of Britain, Reinhard Genzel of Germany and Andrea Ghez of the United States for their breakthroughs in understanding the mysteries of cosmic black holes.

Genzel is a professor emeritus of physics and of astronomy at UC Berkeley, and director of the Max Planck Institute for Extraterrestrial Physics in Garching, Germany.

“We are all very excited about the Nobel Prize to Genzel. It is a privilege to belong to a faculty of such distinction,” said physics chair James Analytis.

The other Nobel prizes are for outstanding work in the fields of literature, peace and economics.