Alameda Country voters may be looking to make a change when it comes to who will be their next sheriff. Incumbent candidate, Sheriff Greg Ahern, was trailing Yesenia Sanchez, who also works in the sheriff's office as a division commander over Santa Rita Jail in Dublin.

DUBLIN, Calif. - Alameda County voters may be looking to make a change when it comes to who will be their next sheriff.

Sheriff Greg Ahern has held that office since 2007.

But during Tuesday night's primary, Ahern was trailing more than ten points behind his challenger, Yesenia Sanchez, who also works in the sheriff's office as a division commander over Santa Rita Jail in Dublin.

Since neither have 50% this will go to a run-off election in November.

The upset surprised many political observers.

Especially because it's possible that Ahern loses his seat altogether in November as Sanchez is likely to get Walker's voters, most of whom live in East Oakland and who are not as conservative as Ahern.

"You can never guess what a jury's going to do or what the voters are going to do," Ahern said Wednesday.

He said he has been working to improve conditions at the jail.

"We'll continue to do that because of the litigation we're in, and we're making a lot of positive changes at the jail," Ahern said.

Sanchez was assigned to Santa Rita Jail in April 2020, just as the pandemic hit. She had also overseen the jail in 2009 when she was a newly promoted sergeant.

In a statement, Sanchez said in part, "Someone had to stand up and do something to bring accountability to the sheriff's office. The public demands it, and they deserve it. Voters have spoken."

Voters also signaled that they want change at the Alameda County DA's office.

"When you look at Ms. Price's candidacy, we think that she has a ceiling in terms of the number of votes that are going to be available to her," Wiley said.

Price was unavailable for comment Wednesday but has told KTVU she brings a lens that is fresh and embraces innovative ideas.

Bob Jonsen had 34% of the vote and will face Kevin Jensen, with 30% of the vote, in November.

Smith is retiring after 24 years as sheriff amid accusations of corruption, which she denies. 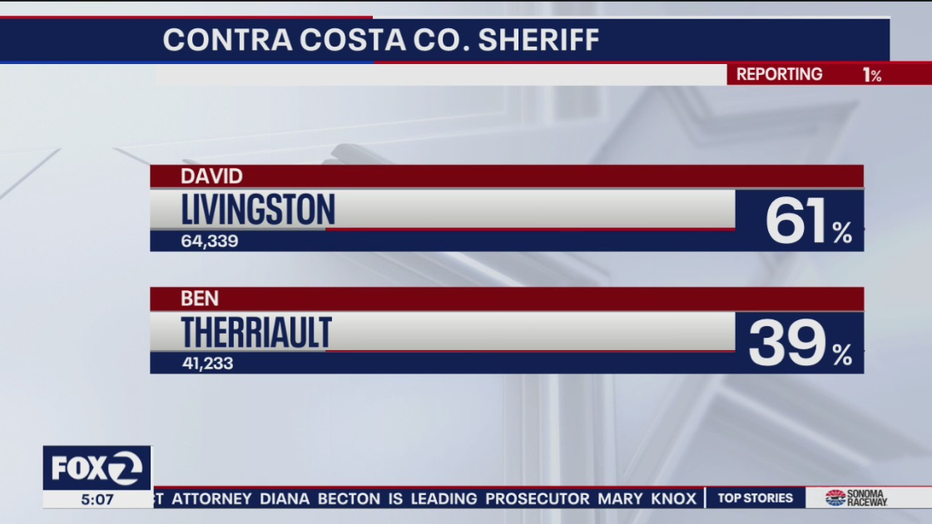 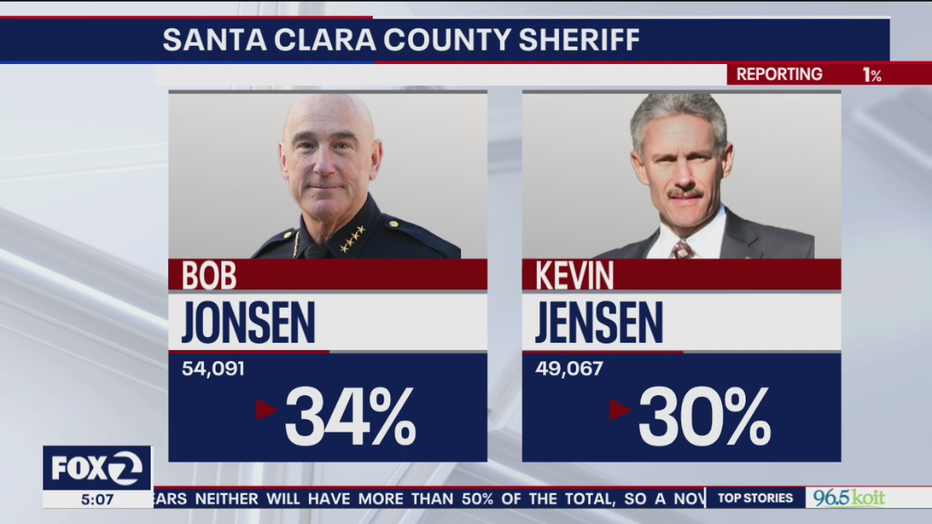