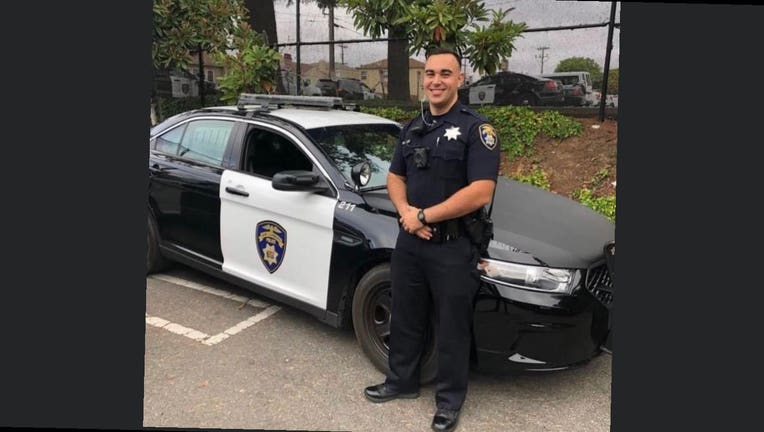 SAN LEANDRO, Calif. - The city of San Leandro on Thursday released findings from an independent investigation of the fatal police shooting of Steven Taylor at a Walmart in April 2020.

Based on the findings, one of the officers involved who used his Taser on Taylor after he had been shot by another officer, was not in compliance with the department's use-of-force policy when he used his less-than-lethal weapon.

As a result, the police department will determine by June 18 if Officer Stefan Overton will face disciplinary action.

The report examined the use of force by the two officers who responded to reports of a man wielding a bat and who threatened store employees.

Officer Jason Fletcher shot and killed Taylor, but the report says his decisions were "tactically flawed" and that he failed to de-escalate or use crisis intervention techniques.

Taylor's family maintained he was suffering a mental health crisis.

The report by OIR Group states: "Had a different approach been taken, the use of deadly force might have been avoided altogether."

Fletcher was charged by the Alameda County District Attorney with involuntary manslaughter in the shooting and has resigned from the department.

Mayor Pauline Russo Cutter said she and the city council have been reflective on the events of that day. She released the following statement.

"The City was determined to find answers and we value the independent investigation of the OIR Group and thank them for their work. This is not the end of the process. There are still criminal, civil, and administrative actions to take in this matter which limits how much we can elaborate on the content of this report. But, I want to make it clear to the residents of San Leandro, that we will learn from this tragic event and make any needed changes to our training, outreach, and culture to ensure something like this never happens again."