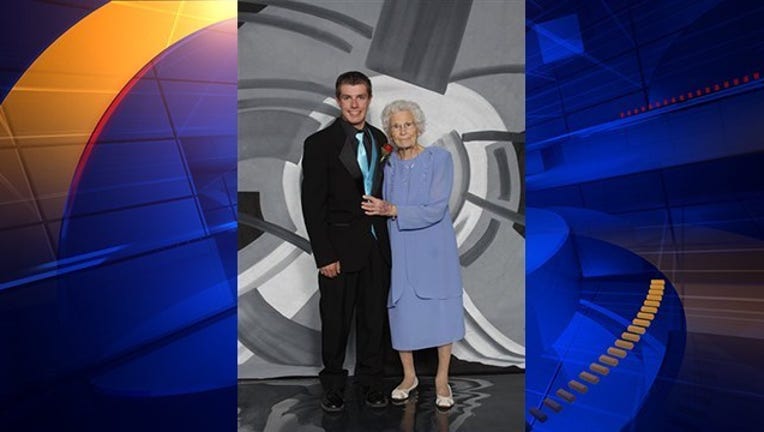 SEYMOUR, Ind. (AP) — An Indiana teenager who took his 93-year-old great-grandmother to his junior prom says he had a great time, even though her early bedtime nearly cut the night short.

Holm picked Keith up in her Cadillac for the dance in Seymour, about 60 miles south of Indianapolis.

Keith, who wore a blue dress, told the Seymour Tribune she's proud that he asked her.

The pair hit the dance floor for only one song, sharing a slow dance. Their night ended by 9 p.m. because Keith has an early bedtime.

Holm then took his girlfriend to an after-prom event at a bowling alley.