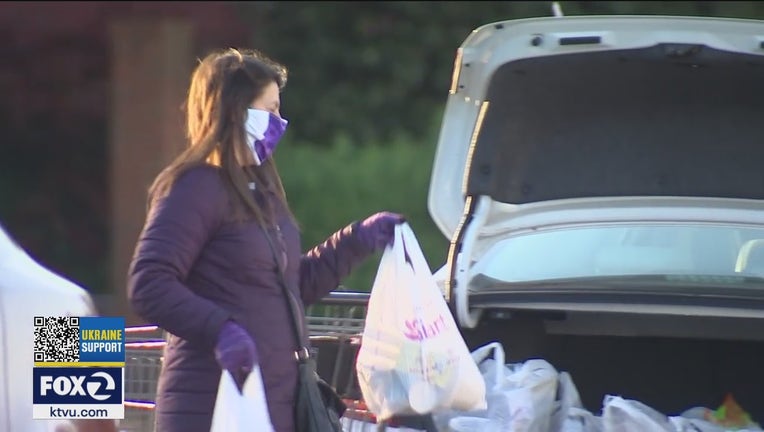 BERKELEY, Calif. - The federal government reported, the inflation rate grew to 8.5%, the highest since more than four decades when Jimmy Carter was president. For many years, 2% inflation didn't matter to most consumers and was not a political issue. Things have changed.

An unprecedented pandemic, supply chain problems and lack of workers, resulted in fewer goods available. As demand for them soared, inflation began. Russia's invasion of Ukraine, caused energy and food prices to soar even more.

March's 8.5% inflation, eats up a lot of purchasing power. That is higher than the state's 7.25% sales tax, which does not include additional local sales taxes. But, inflation is now higher than all sales taxes in 28 counties including Solano County.

Jim Wilcox, a renowned economics professor of at UC Berkeley's Haas Business School says this, "Those prices are not going to go up inexorably at the kind of rates that we've seen over the last couple of years."

Inflation is calculated by pricing major goods and services over time. It includes basic foods such as cereal and beverages including milk and coffee as well as housing costs, furniture, clothing, transportation, medical care, recreation, toys, and entertainment.  Add in education and communication, as well as random stuff such as tobacco, haircuts, and funerals.

Economist Wendy Edelberg is a Senior Fellow at the Brookings Institution, one of the nation's best think tanks. "We are fingers crossed, close to peak inflation. What we saw in the month of March was that prices of core goods, driven by automobiles, outright fell. We're now finally starting not to see the pivot away from goods inflation and towards services inflation," said Edelberg.

Consumers notice fast price changes for the things they buy most often: food and fuel prices. "You see them prominently displayed when you drive down the street, You see them prominently displayed in grocery stores, and we buy these things very frequently," said Professor Wilcox. "It's been a shock and you see it reflected in the consumer sentiment numbers because people are not happy about having to worry about overall inflation," said Edelberg.

We all feel it, but low and moderate income households tend to spend more than double the share of their income on food and fuel.