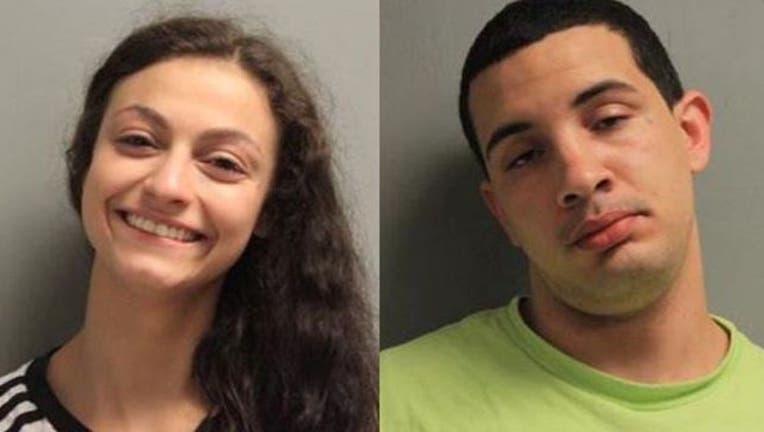 FOX NEWS - A 20-year-old Louisiana inmate tasked with cleaning up his county’s courthouse has been arrested again after being caught doing something dirty.

The Rapides County Sheriff’s Office says Miguel Camille Glorioso is back in custody after witnesses at the Rapides Parish Courthouse heard a “commotion” Wednesday morning – and later found him having sex with a 19-year-old woman in one of the building’s stairwells.

“According to witnesses, a commotion was heard in a fifth floor stairwell and when an employee went to investigate, they observed a male and a female having sex,” the sheriff’s office said in a statement. “When the two saw the employee, they quickly gathered themselves and fled the area.”

Both were soon caught and Glorioso, who had been working at the courthouse as part of an inmate trustee program, has been removed from his job, authorities said.

Police identified the woman as Jamie Lee Coutee of Pineville. She was released after posting a $1,500 bond, while Gloriosio is being held Friday at the Rapides Parish Detention Center. Both were charged with obscenity.

Jail records don’t state why Glorioso was incarcerated in the first place, but he was arrested in 2015 after police alleged him to be in possession of six pounds of marijuana at a home in Alexandria, according to the Town Talk newspaper. He had reportedly been charged possession of drug paraphernalia and marijuana with intent to distribute.