A man was shot and killed after interrupting a car burglary near Oakland's Lake Merritt, authorities said. Elissa Harrington reports

OAKLAND, Calif. - A man was shot and killed after interrupting a car burglary near Oakland's Lake Merritt, authorities said.

The Oakland Police Department said the shooting death happened on Sunday about 3:30 p.m. in the the 600 block of Grand Avenue, by El Embarcadero and Lakeshore Avenue.

It is a busy area with stores and people out exercising; it's also where the finish line was for the Turkey Trot on Thanksgiving Day, a few days earlier.

Authorities said the man's maroon SUV had been burglarized and he tried to stop another auto burglary in progress.

The police department said the suspect shot the victim and fled the scene. The victim was shot in the chest and transported to a local hospital where he was pronounced dead.

No arrests were made in the case.

This death marks the city's 127th homicide this year.

The coroner's office on Monday said there was a "press hold" on the man's identification.

On Saturday, Kevin Nishita, a TV security guard, died of injuries after he was shot on the day before Thanksgiving protecting a KRON reporter and photographer doing a story on retail theft in downtown Oakland. He was the city's 126th homicide victim.

"Gun violence is devastating our communities, and requires comprehensive response," she tweeted. "Including prevention, community resources, programs like Ceasefire, and tracing and stopping sources of illegal guns and gun crimes." 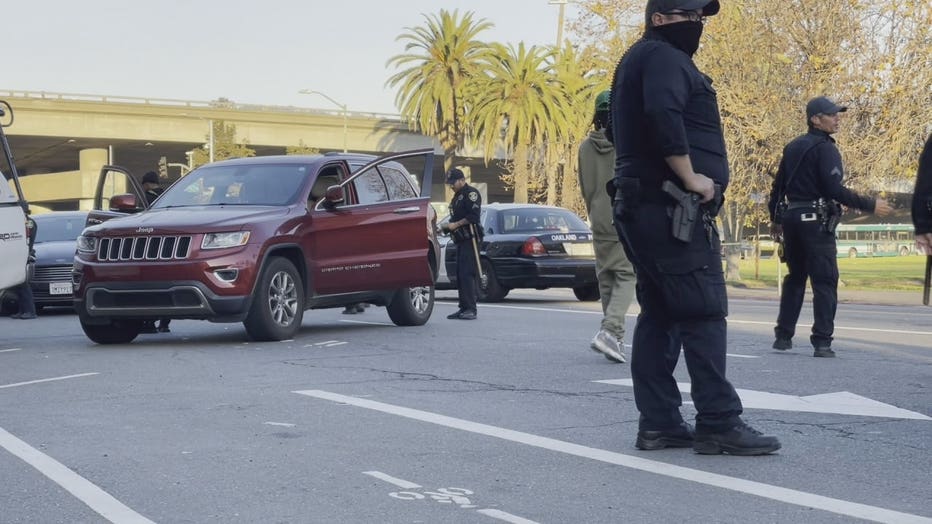 A man was killed trying to stop someone from stealing a maroon SUV at Lake Merritt in Oakland. on Nov. 28, 2021 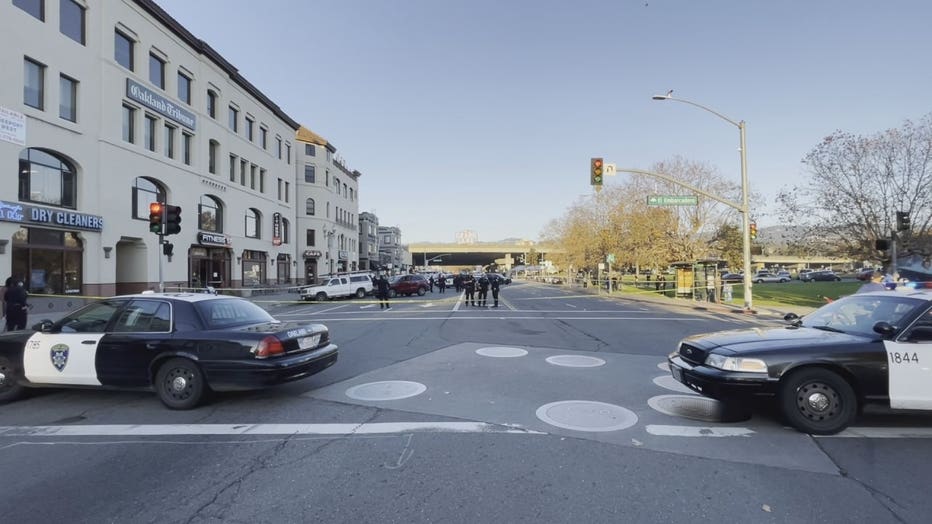 A man was killed trying to stop someone from stealing a maroon SUV at Lake Merritt in Oakland. on Nov. 28, 2021. He was the city's 127th homicide. 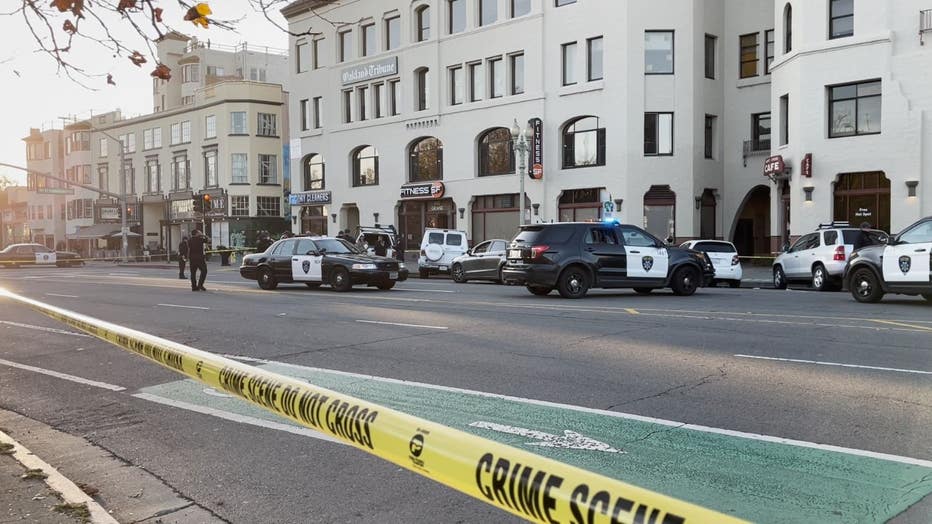