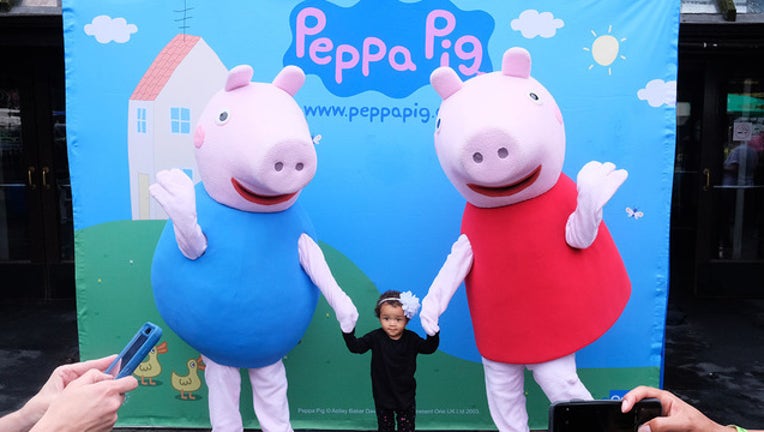 Photo by Nicholas Hunt/Getty Images for Good Plus Foundation

(FOX News) - American parents are noticing their little ones adopting British accents after watching "Peppa Pig," a popular children’s TV show about a female pig and her animal friends.

Janet Manley, a mother of two, coined the sudden mimicking of the British accent the “Peppa Effect” after her daughter began calling her “mummy” during an hours-long flight to Australia.

“Up until the age of 20 months, my daughter was a pristine developmental specimen, untouched by screen-time. Then we flew to Australia,” Manley wrote for Romper, a website for millennial mothers. “After 21 hours of flight time spent binge-watching Peppa Pig episodes on the iPad, my kid had adopted Peppa Pig’s plum British accent, calling me ‘Mummy” and finishing her sentences with Peppa’s trademark snort ... call it the Peppa effect.”

The cartoon, which follows the adventures of Peppa’s life with her family and pals in a fictional town in the United Kingdom, has grown in popularity. It has more than 7 million YouTube subscribers.