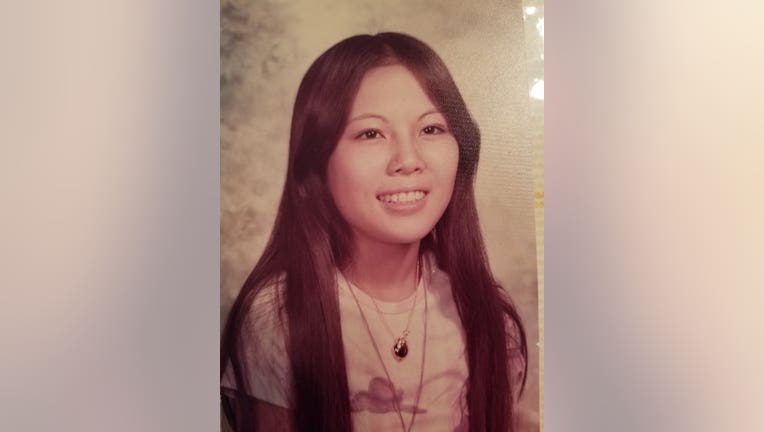 SAN FRANCISCO - Jane Doe #40's body was found in San Francisco in 1976. The victim of a homicide, that body has gone unidentified, until now.

SFPD said they combed through missing persons cases when an investigator came across a missing person report made in 2017 regarding Gifford's disappearance. Gifford went missing in the time frame of a 1976 homicide.

The victim was found in fall of 1976 by a man who was walking his dog near Lake Merced. There, his dog discovered a hand protruding from the sand behind a pumping station, authorities said. At the time, the girl's death was ruled a homicide, but the remains were unidentified.

The aunt submitted a swab of DNA from her cheek to police. They also collected photos and dental records. One of the photos shows Judy with a gold-chained, owl-pendant necklace, which matched jewelry found on the victim in 1976.

On November 22, 2019, detectives notified Judy's aunt that a positive identification was made from the DNA and the photographs she shared.

"Ms. Gifford, who has never changed her phone number in case her niece ever called, was brought some closure as a result of the joint effort," N.J. State Police wrote on Facebook.

The homicide case remains an active investigation by SFPD.