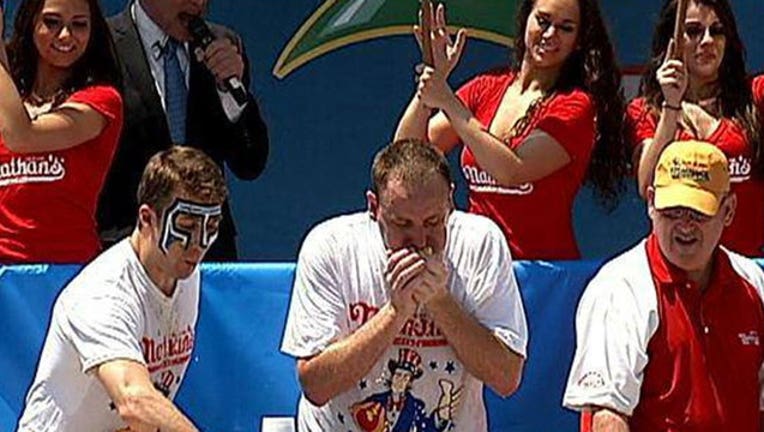 Chestnut beat Matt Stonie by 17 dogs. Both men are from San Jose, California.

Chestnut's 70 dogs were the most ever eaten at a competition. In 2013, he set a world record by eating 69 hot dogs and buns in 10 minutes.

Chestnut, 32, had won eight straight competitions in a row before losing the Mustard Yellow International Belt to Stonie last year in an upset.