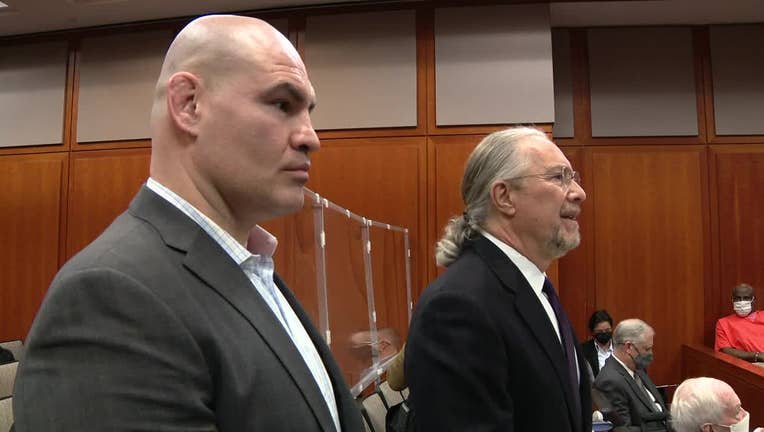 Under the agreement, home confinement will be temporarily waived, and he will not be required to wear a GPS tracker.

However, the judge said Velasquez will need to pay for law enforcement to accompany him to the wrestling show, in lieu of the tracker, ESPN reported.

The show will take place at Mullett Arena on the campus of Arizona State University, where Velasquez was a two-time NCAA Division I All-American wrestler.

It's unclear how much it will cost to have cops with him during the event, or how Velasquez will pay for it, but many supporters have rallied behind him throughout his legal battles.

The mixed martial artist entered a not guilty plea at his arraignment Monday morning at a San Jose courtroom on multiple charges, including attempted murder, assault with a firearm, and several additional gun-related charges.

Velasquez, 39, was arrested in February after allegedly shooting from his truck into another vehicle at a man accused of molesting his 4-year-old son. He missed his intended target, but wounded the man's stepfather, authorities said.

He was denied bail twice before being granted a $1 million bail on Nov. 8.

Conditions then required that Velasquez wear a GPS monitor and stay away from the alleged victims.