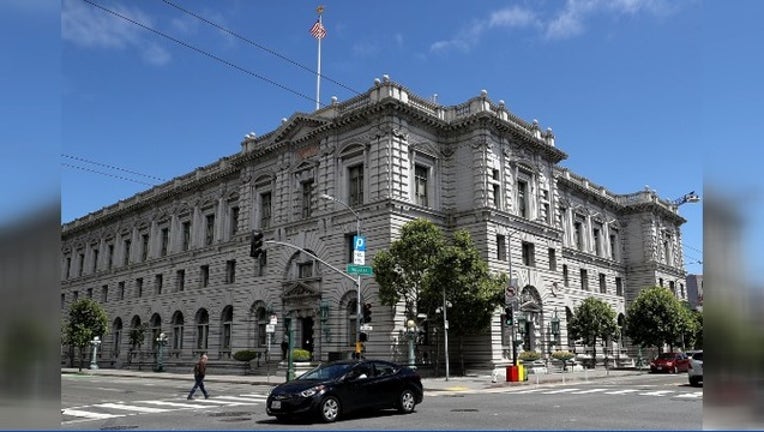 But the 9th U.S. Circuit Court of Appeals raised concerns about another state law extending protections to people in the country illegally. The Trump administration has sued California over three laws, saying they obstruct federal immigration efforts and urging the 9th Circuit to block them.

Judge Milan Smith said at a hearing that U.S. officials might find it frustrating that local authorities can't help them take custody of people in the country illegally.

But "because it's an obstacle doesn't mean it's illegal, right?" he asked an attorney for the U.S. Department of Justice.

"They're not required to be helpful, are they?" he asked.

Smith and another judge on the three-judge panel, however, expressed concerns about another state law requiring inspections of facilities where immigrants are detained. The panel did not immediately issue a ruling.

More than 50 immigrant advocates protested outside the federal courthouse during the hearing, some holding signs saying "ICE out of California," referring to U.S. Immigration and Customs Enforcement.

The Trump administration's 2018 lawsuit was part of its broader efforts to crack down on so-called sanctuary jurisdictions that it says allow criminals to stay on the streets.

The Justice Department argued in court documents that the Constitution gives the federal government pre-eminent power to regulate immigration, and the three laws obstruct those efforts.

"The bills, individually and collectively, mark an extraordinary and intentional assault on the federal government's enforcement of the immigration laws," Justice Department attorneys said in a filing.

U.S. Judge John Mendez in Sacramento kept two of the laws in place in July but blocked part of a third.

The three laws were aimed at preserving "state resources for state priorities and to safeguard the health and welfare of state residents," the California attorney general's office said in a brief to the 9th Circuit. "Nothing in the Constitution or federal immigration law divests the state of the authority to make those choices."

President Donald Trump has repeatedly criticized the 9th Circuit for ruling against several of his policies. California has sued his administration dozens of times, mostly over immigration, the environment and health care.