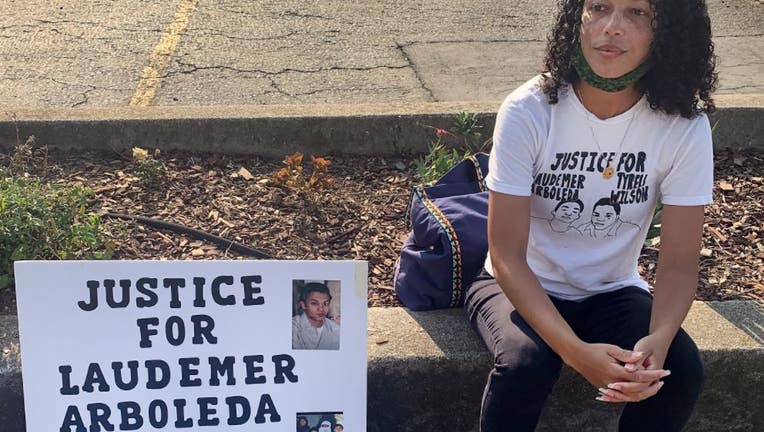 DANVILLE, Calif. - Both sides presented opening statements Monday in Contra Costa County Superior Court in Martinez in the manslaughter case of Danville police officer Andrew Hall, who shot Laudemer Arboleda nine times as he tried to pull away from police on Nov. 3, 2018.

Arboleda, 33, led police through Danville after police repeatedly tried pulling him over after a resident complained about a suspicious person knocking on doors.

The incident ended at the intersection of Diablo Road and Front Street, with two police units behind Arboleda's gray Honda Civic, and two in front, including Hall's. 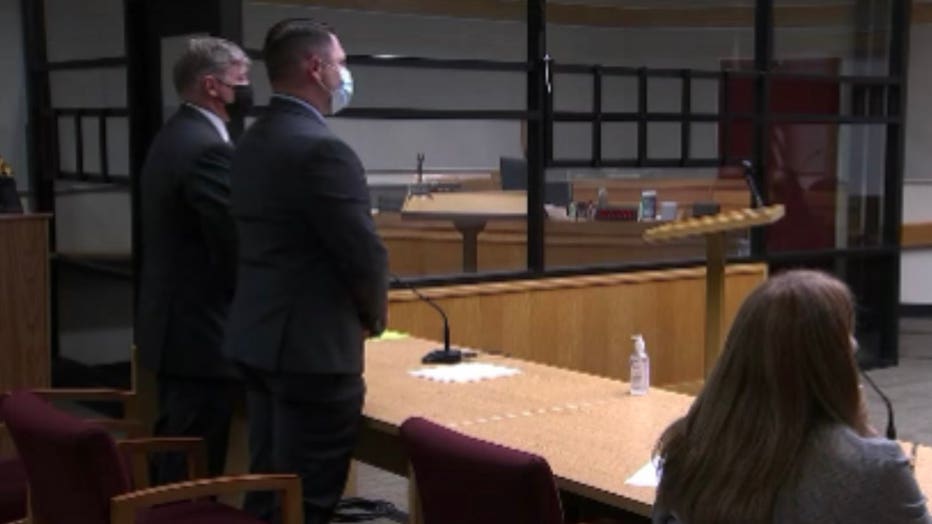 Arboleda was trying to pull between two police cars, when Hall opened fire from the front passenger side of Arboleda's car, hitting the Newark man nine times. He died at the scene.

Hall has pleaded not guilty to voluntary manslaughter and assault with a firearm.

The prosecution repeatedly pointed out that the only law Arboleda apparently broke that day was failing to pull over, and the pursuit was about to be called off when Hall pulled up, exited his vehicle, and opened fire.

Gleason also said Hall violated Contra Costa Sheriff's Office procedure (Danville contracts with the county for police service) by not getting a supervisor's permission before blocking a fleeing car.  She said Hall also endangered the life of another officer, whose car was on the other side of Arboleda, and that the sheriff's department trains its officers to shoot at a driver only as a last resort, "because you lose control of the vehicle," Gleason said, pointing out that after the shooting, Arbodela's car kept going across Diablo Road, striking another vehicle.

Gleason admitted there are times when police are forced to make life and death decisions. "This was not one of those times," Gleason said. "The evidence is clear and the case is simple. You will find (Hall's) response was excessive."

Defense attorney Nicole Pifari said Hall had no choice, and has been since living a nightmare. She used frame-by-frame video to demonstrate her contention Arboleda's front right tire was pointing toward Hall before the shooting started. "He has one option that could save him," Pifari said.

She said Hall rushed to the passenger side of his police cruiser because he believed he could take cover from that side of the car. It was Arboleda who altered the scenario by suddenly trying to drive between police vehicles, and aiming his car at Hall. She said the shooting did what it was meant to - it altered the trajectory of Arboleda's car and kept Hall from being hit.

Pifari said the case only came down to those few seconds, not whether Arboleda suffered from mental illness, wasn't armed, or didn't commit any crime other than failing to pull over.

"Facts and science are going to show you that this was self-defense," Pifari said.

Assistant District Attorney Chris Walpole called his first witness, retired Danville Police Sgt. Chris Martin, who was the supervisor on duty when Hall shot Arboleda. He arrived on scene just seconds after Hall, and was in the vehicle on the other side of Arboleda's car.

Walpole spent most of Martin's time on the stand taking him through the events that led to the shooting. Martin was still on the stand when court was dismissed, and will continue his testimony at 10:30 a.m. Tuesday when court reconvenes.

Hall was involved in another shooting in March 2021, when he shot and killed 32-year-old transient Tyrell Wilson near the Sycamore Valley Road overpass of Interstate 680. Police say Wilson was approaching Hall with a knife. Judge Terri Mockler ruled last month that the incident can't be used against Hall during the trial. Authorities are still investigating the second shooting, and no charges have been filed.