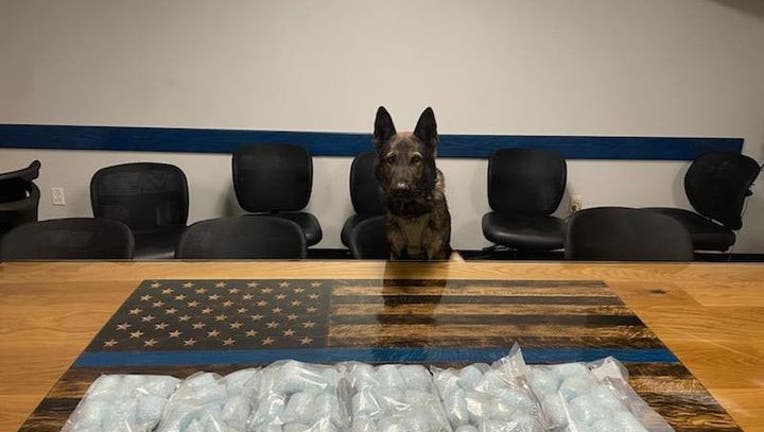 Officials said a Placer County sheriff's deputy was conducting a traffic stop Thursday afternoon when his K-9 assist, Ruger, detected a scent that was later determined to be 60,000 fentanyl pills inside the vehicle.

"We commend our deputies for the following arrest, as they potentially saved countless lives here in Placer County…our purpose is to ensure the safety of our community, especially from this deadly synthetic opioid," officials said.

The pills were found inside a 15 pound duffel bag on the floorboard of the vehicle.

Officials did not say what prompted the initial traffic stop.