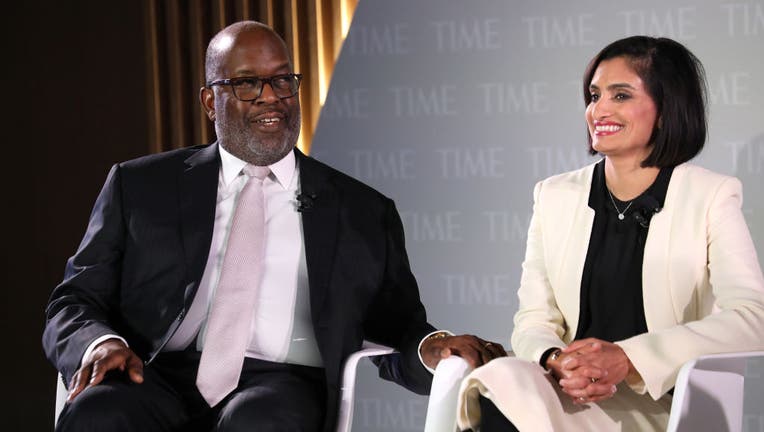 Tyson died in his sleep early Sunday at the age of 60, according to officials with the Oakland-based health care giant.

After learning of Tyson's death, union officials said 170 member-leaders of the National Union of Healthcare Workers convened a call and voted to postpone the strike, which was going to include picketing at medical centers in Anaheim, Downey and Panorama City.

A new date for the strike has not yet been set.

"We offer our condolences to Bernard's family, friends and colleagues," NUHW President Sal Rosselli said. "Our members dedicate their lives to helping people through tragedy and trauma, and they understood that a strike would not be appropriate during this period of mourning and reflection.

"I've known Bernard since he was a manager at Kaiser Oakland Medical Center in the early 1980s. While we had our differences, I had tremendous respect for him and his willingness to collaborate with workers to make Kaise rthe model provider of medical services in California. We weren't able to achieve that same level of collaboration when it comes to Kaiser's mental health services, but I believed that he did want Kaiser to achieve real parity for mental health care, and I know our members remain fully committed to realizing that goal."

"Bernard was an exceptional colleague, a passionate leader, and an honorable man. We will greatly miss him," said board member Edward Pei, chair of the Executive Committee and the Governance, Accountability and Nominating Committee. "The board has full confidence in Greg Adams' ability to lead Kaiser Permanente through this unexpected transition."

The strike was intended to shut down mental health services at more than 100 Kaiser clinics and medical facilities from San Diego to Sacramento this week.

The union says it wants Kaiser to "demonstrate good faith and fix its broken mental health system that leaves patients waiting up to three months for therapy appointments and therapists overwhelmed with crushing caseloads."

"It is disappointing that once again, the leadership of the National Union of Healthcare Workers (NUHW) is calling on our mental health therapists to walk away from their patients," said Annie Russell, CEO for Southern California Permanente Group.

While we hope there will not be an NUHW strike, we have contingency plans in place to ensure that our members continue to receive high quality care."