A viewer shared video of a bear at a Lake Isabella Von's grocery store's parking lot. He alleges a man seen in the video has been feeding and petting the bear and accuses him of making the animal tame. The person taking video says the man is endangering wildlife. Warning video contains explicit language. (Video courtesy Jimmy Allen)

LAKE ISABELLA, Calif. - A bear was seen on video footage aimlessly wandering the parking lot of a Von's grocery store in Kern County. The footage taken at Lake Isabella's Kern Valley Plaza was shared on social media on Monday.

The man who shared the post theorized that things are so dry from the drought that the bear has to find new ways to forage for food. KBAK/FOX58 first posted this story. Their call to California Department of Fish And Wildlife was not returned.

The quick series of videos shows the small bear descending from a tree, while another shows the animal making its way through the parking lot and sniffing a Ford truck before moving along. A man is even close enough to pet the bear as he passes by.

In a third video, Jimmy Allen, who took the video of the bear in the parking lot, alleges the man shown in the video has been feeding the bear. He accuses the man of endangering wildlife.

California Highway Patrol officers were at the scene. It is unknown if the bear was rescued. 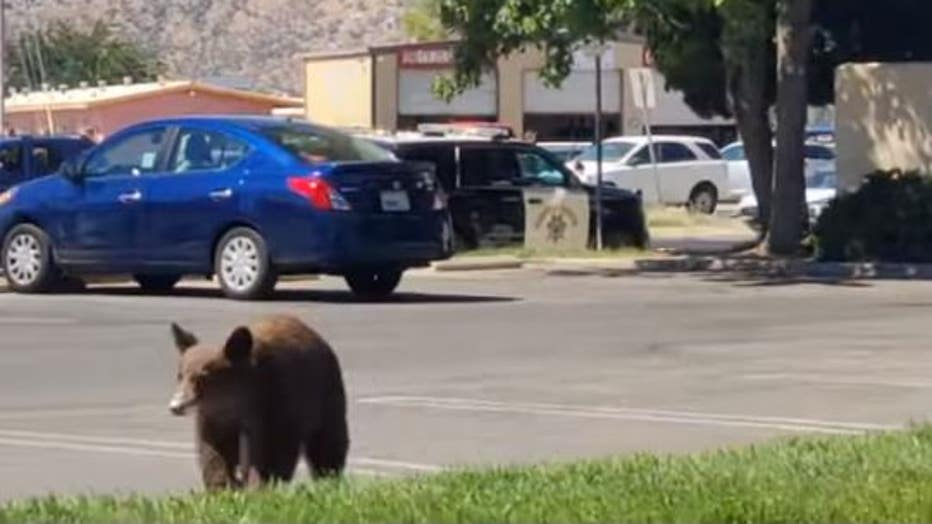