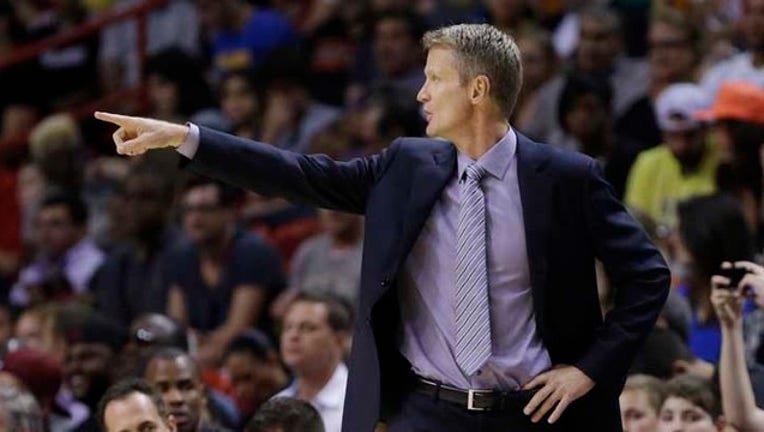 OAKLAND, Calif. (KTVU and wires) – Warriors rookie head coach Steve Kerr has had quite season – a NBA best regular record, a team record 67 wins and the team's first 2-0 start to the playoffs since 1989 -- but it wasn't enough to earn him NBA Coach of the Year honors.

Jason Kidd, who starred at St. Joseph in Alameda and at Cal, of the Milwaukee Bucks was third with one first-place vote and 57 total points.

The Hawks earned both the No. 1 playoff seed in the Eastern Conference and a division title (Southeast Division) for the first time since 1993-94 -- the last season they had the NBA Coach of the Year in Lenny Wilkens.

Atlanta made the playoffs for the eighth consecutive year, the longest active streak in the East.