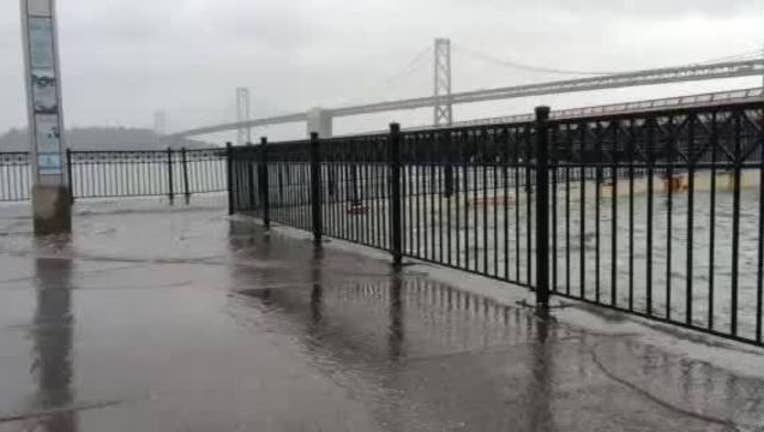 File photo -- King tides cause flooding on along San Francisco's embarcadero. The National Weather Service for part of Sunday morning.

(BCN) - King tides over the next two days have prompted the National Weather Service to issue a flood advisory for along Bay Area coastal areas.

Similar tidal cycles are expected on Monday, according to the weather service. The height and timing of the tides will vary by location.

Beachgoers may not be able to access paths to coves and narrow beaches during high tides and low tides may cause issues for mariners, according to the weather service.

King tides occur when there is alignment of the gravitational pull between sun and moon. More information on specific tide predictions by location can be found at https://tidesandcurrents.noaa.gov/ports .