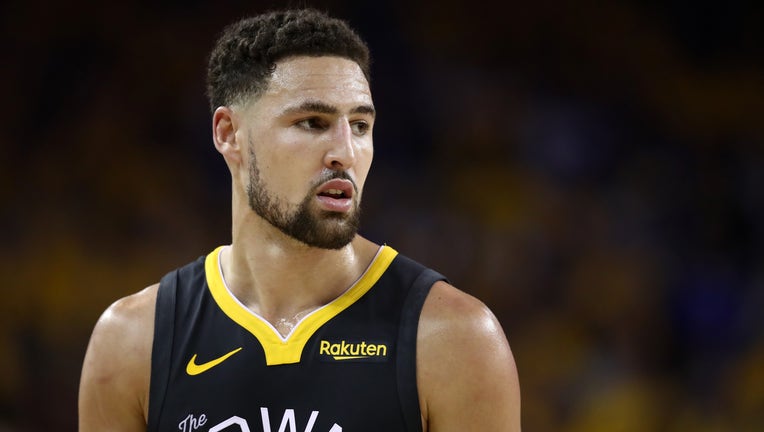 FILE - Klay Thompson #11 of the Golden State Warriors reacts against the Toronto Raptors in the first half during Game Six of the 2019 NBA Finals at ORACLE Arena on June 13, 2019 in Oakland, California. (Photo by Ezra Shaw/Getty Images)

The Dubs will look to rebound from a dead-last finish and the effort will not include Thompson on the floor, as he will miss the entire 2020-21 NBA season.

It's the second straight season Thompson has been sidelined with an injury. He sat out the coronavirus-shortened season last year while recovering from surgery for a torn ACL in his left knee.

Thompson, 30, injured his tendon while working out in Southern California on Nov. 18. On Tuesday, the Warriors added free agent guard Brad Wanamaker.

Training camp is scheduled to begin at the start of December and the season starts on Dec. 22.