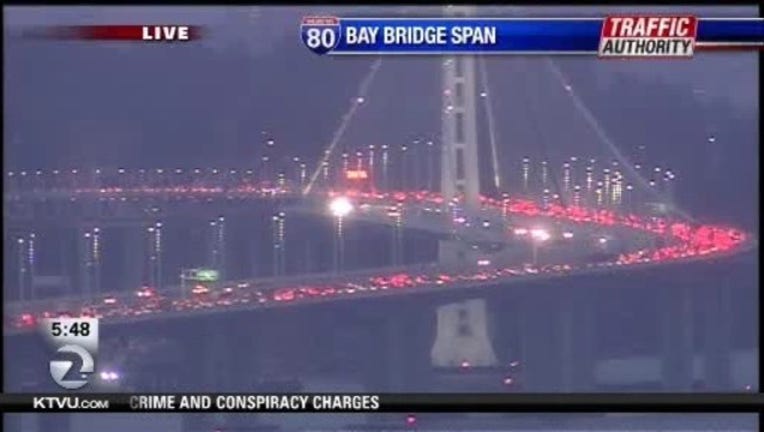 CHP reported the crash at 5:34 a.m. and 10 minutes later three lanes of the bridge were shut down, creating a heavy traffic backup.

Thirty minutes after that crash, in a separate incident, a van caught fire on a dirt road just north of the Bay Bridge Toll Plaza sending a huge plume of smoke into the sky.

The two incidents resulted in a severe traffic back-up near the toll plaza and surrounding East Bay freeways.

Both scenes were cleared around 6:30 a.m.

CHP says someone was injured in the crash but have not released any further details.