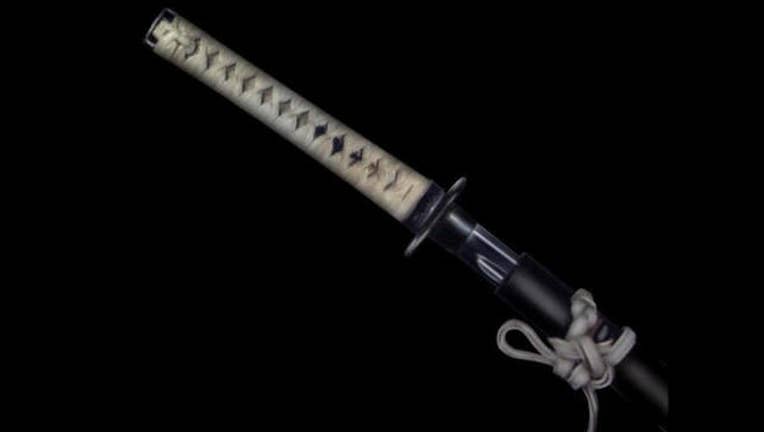 ATLANTA (AP) -- The parents of a Kentucky teenager say the steel blade of a samurai sword broke off its handle and flew in the air as he played with friends, piercing the boy's forehead and leaving him in a coma for weeks.

In a federal lawsuit filed Wednesday in Atlanta, Michael and Nicole Ballinger say their son Tristan, then 15, and his friends were taking turns last November throwing a plastic water bottle in the air and swinging the sword at it outside their home in La Grange, Kentucky.

During one swing of the sword, its 27-inch blade broke off and flew as far as 20 feet before it became impaled in the head of the teenager, according to the lawsuit.

The defendant, Top Swords LLC of Dallas, Georgia, did not respond Wednesday to a request for comment through its website. The court records do not include any attorney for the company who could be reached Wednesday.

Cade Parian, a Georgia attorney representing the family, said Wednesday that the lawsuit had just been filed and the company had not yet been served with the paperwork.

Tristan was in a coma for about six weeks, his parents said in the complaint.

Once the teen emerged from the coma, he was taken to Frazier Rehab Institute in nearby Louisville, said Mat Slechter, a Louisville attorney representing the family. Late last month, the boy returned to the hospital to have the top of his skull replaced after it had been removed during an earlier surgery, he said.

The boy is now in a wheelchair and living at home, and Slechter said, "He is able to speak some... he is not able to converse normally."

Through it all, there's been a tremendous outpouring of support from the community and from students at Tristan's school -- Oldham County High School -- and other nearby schools nearby, according to Slechter.

"They've held prayer circles that just encircled the basketball court," he said. "When I went to a basketball game at Oldham County High School there was a giant banner in the hallway that said `We love you Tristan.' And every student had signed it."

In the lawsuit, the parents say the sword was defective and should not have been sold online by the company, which sells a variety of swords, daggers, machetes, scimitars and other weapons through its website.

"The blade was secured not by bolts or rivets running through the handle and the blade but by what appears to be rubber cement," the lawsuit states.

The sword also was shipped with no owner's manual, warnings or notices about whether it was intended for decorative purposes, horseplay, simulated sword fighting or other uses, the lawsuit states.