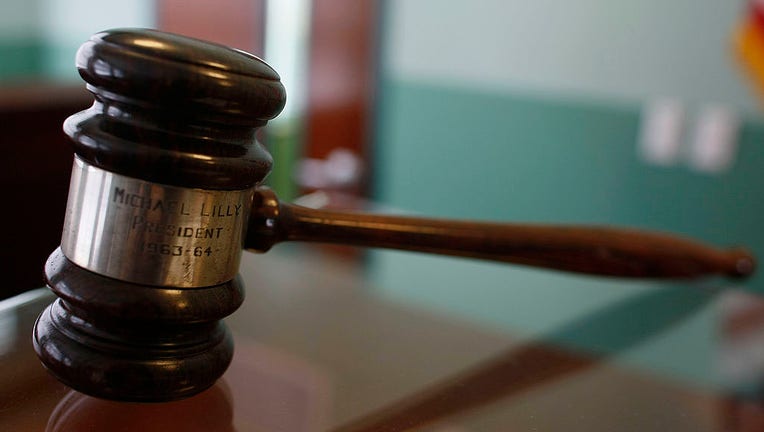 FILE - A judge’s gavel rests on top of a desk in the courtroom of the Black Police Precinct and Courthouse Museum on Feb. 3, 2009, in Miami, Florida. (Photo by Joe Raedle/Getty Images)

SAN JOSE, Calif. - A San Jose-based legal team is urging adults who survived sexual abuse as children to come forward and pursue civil lawsuits against their abusers before the legal window closes in California.

Assembly Bill 218, approved in 2020, gave all childhood sexual assault survivors more time to sue their abusers and the institutions that enabled them, regardless of how old they are now. The three-year extension comes to an end on Dec. 31.

The law firm Corsiglia, McMahon & Allard said that in the extended time frame, many of their clients successfully received full compensation from schools and churches that did not do enough to protect children from sexual abuse.

"The reality is that it takes years, if not decades, for sexual abuse victims to process what happened to them and come forward," said attorney Mark Boskovich. "AB 218 allows victims and survivors of past abuse to confront their abuser and hold the institution that enabled the crime accountable."

In the Valley Christian case, an ex-student athlete received a "life-changing" amount of settlement funds after suing her former basketball coach for grooming and abusing her in the early 00s, said the firm. Survivor Allison Brown said her abuser was still a prominent figure on campus long after another team member submitted complaints about his behavior in 2006.

"My sexual abuser took away my personal power," Brown said. "But the process of holding Valley Christian High School accountable and responsible for their negligence gave me my power and my voice back."

In March, a Santa Clara County jury awarded another two women $102 million for the years of abuse they endured by a Union School District middle school band teacher, Samuel Neipp.

The plaintiffs' attorneys said school administrators dismissed parents' complaints about Neipp sending inappropriate text messages to their children in 2013. Neipp was arrested and charged with multiple sexual abuse felonies in 2017 and was sentenced to 52 years in prison.

"My client's abuse was entirely preventable if the Union School District had just learned from their past mistakes," said Lauen Cerri, whose client was awarded $65 million in the case.

Cerri also settled another Union School District case from the late 70s and early 80s, in which the district paid $7.5 million to five men who said their elementary school teacher abused them during and after school for years.

"I can finally turn around and tell my 10-year-old self that he's heard, and I can take his hand without shame and walk forward with him," said one of the survivors.