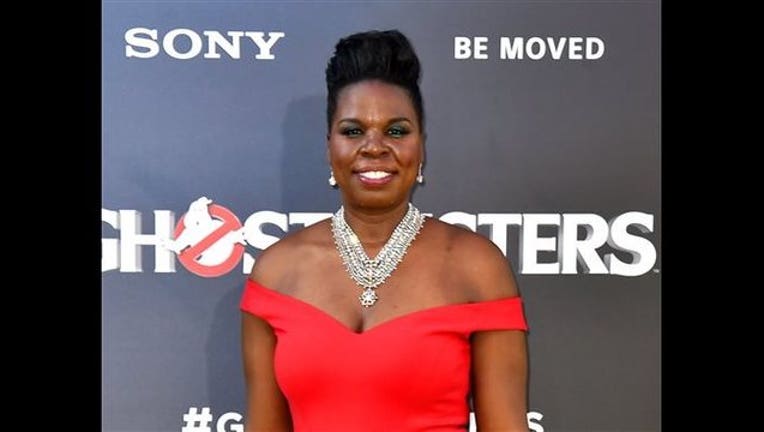 NEW YORK (AP) — Under a barrage of hateful posts on Twitter, "Ghostbusters" star Leslie Jones said she was "in a personal hell" and urged the social networking service to do more to eradicate abuse.

In a series of posts Monday night, Jones said she had been pummeled with racist tweets. She retweeted numerous tweets directed at her with disturbing language and pictures of apes.

Jones said the messages were deeply hurtful and brought her to tears. The "Saturday Night Live" cast member called on Twitter to strengthen guidelines and for users to "stop letting the ignorant people be the loud ones."

"I feel like I'm in a personal hell," wrote Jones. "I didn't do anything to deserve this. It's just too much. It shouldn't be like this. So hurt right now."

The exchanges came at a career high point for the "Saturday Night Live" cast member. "Ghostbusters," which opened last week, is her first major film role. "It's like when you think, 'OK I've proven I'm worthy' and then you get hit with a shovel of (hatred)," she said.

She concluded a string of messages early Tuesday morning. "I leave Twitter tonight with tears and a very sad heart," wrote Jones. "All this cause I did a movie."

The tweets caught the attention of Twitter chief executive Jack Dorsey, who sent Jones a message asking her to get in touch with him. Twitter later responded in a statement.

"This type of abusive behavior is not permitted on Twitter, and we've taken action on many of the accounts reported to us by both Leslie and others," said a spokesperson for Twitter. "We rely on people to report this type of behavior to us but we are continuing to invest heavily in improving our tools and enforcement systems to prevent this kind of abuse. We realize we still have a lot of work in front of us before Twitter is where it should be on how we handle these issues."

Then late Tuesday night, BuzzFeed News reported that Twitter had permanently suspended the account of conservative provocateur and Breitbart.com tech editor Milo Yiannopoulos, who it said led the harassment campaign against Jones. Yiannopoulos had more than 338,000 followers on Twitter prior to his suspension. He could not be immediately reached for comment.

"Ghostbusters," which also stars Melissa McCarthy, Kirsten Wiig and Kate McKinnon, has spawned an unusual amount of vitriol online, with many anonymous commenters targeting its female stars. The film debuted with $46 million over the weekend.

Many, however, have come to Jones' defense, tweeting support for the actress under the hashtag "LoveForLeslieJ."