A hospital in New South Wales shared the tragic news, saying staff made the difficult decision to put Lewis the koala to sleep.

PORT MACQUARIE, Australia - Lewis the koala, whose dramatic rescue from an Australia wildfire was captured on video and shared around the world, has died.

The Port Macquarie Koala Hospital in New South Wales shared the news on Tuesday, saying staff made the difficult decision to put the animal to sleep.

“We placed him under general anesthesia this morning to assess his burns injuries and change the bandages,” the hospital wrote in a Facebook post. “We recently posted that ‘burns injuries can get worse before they get better.’ In Ellenborough Lewis's case, the burns did get worse, and unfortunately would not have gotten better.” 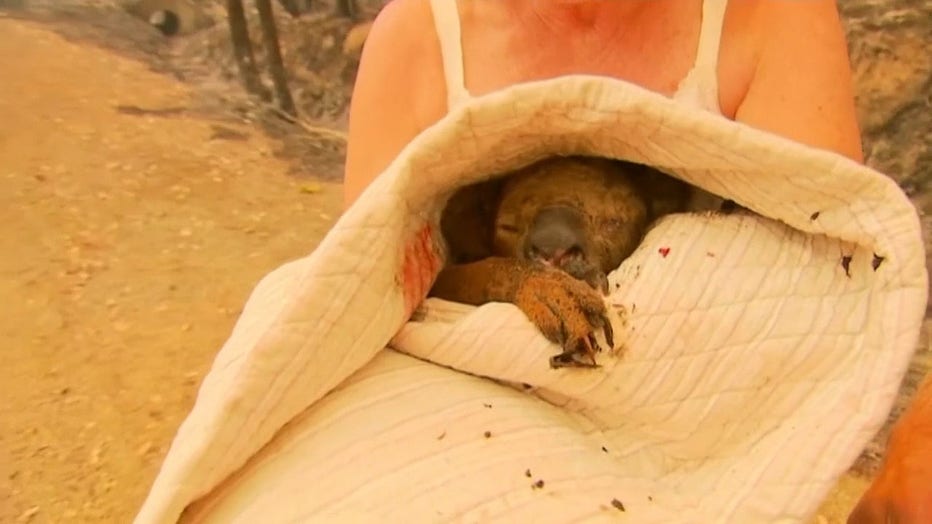 Lewis the koala is pictured after being rescued by Toni Doherty. (Photo credit: CHANNEL 9)

The hospital added: “The Koala Hospital's number one goal is animal welfare, so it was on those grounds that this decision was made. We thank you for your ongoing support.”

A woman, identified as Toni Doherty, was seen last week using the shirt off of her back to save the injured animal, according to Australia’s news.com.au. The 14-year-old koala had suffered burns to his hands, feet, arms and the inside of his legs.

The koala was named “Ellenborough Lewis” after Doherty’s grandchild, or Lewis for short, and had been receiving around-the-clock care, the hospital said in another post.

Lewis was one of 31 koalas brought to the hospital due to wildfires raging in the surrounding area, according to news.com.au. Hundreds of koalas were feared dead as fires burned across eastern and southern Australia.

“We are naturally very sad about this, as we were hoping he’d pull through but we accept his injuries were severe and debilitating and would have been quite painful,” Toni Doherty’s husband, Peter, told the website. 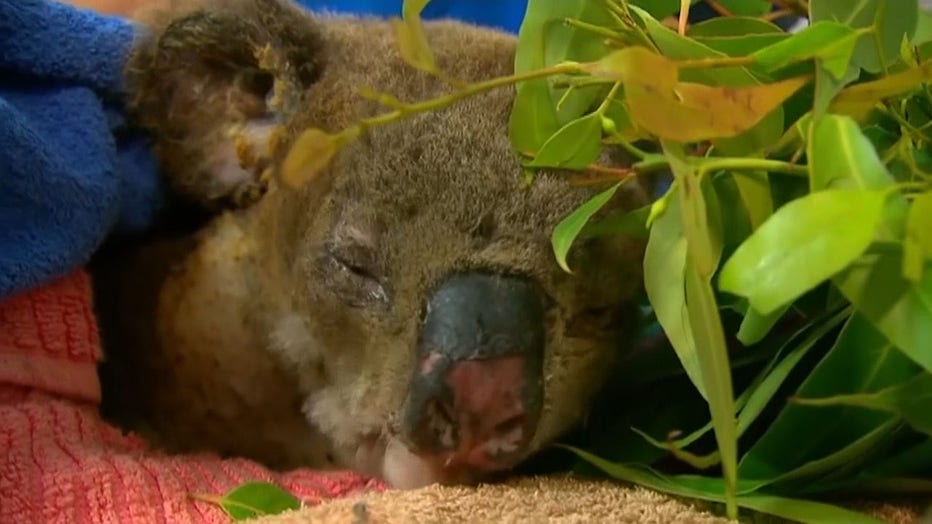 Lewis the Koala is pictured being cared for after receiving burns to several parts of his body. (Photo credit: CHANNEL 9)

More than $1.6 million has been donated to a GoFundMe campaign for the hospital, which said it “has been overwhelmed by the kindness, good wishes and support from the Australian and international community for the wildlife icon, the koala.”

The hospital added that it had received enough supplies for the next ten years.