LIVERMORE, Calif. - The Livermore City Council will consider expelling John Stein from the city's planning commission, after the former council member referred to a planned downtown low-income housing project as "ghetto" at the commission's April 20 meeting.

Stein said he didn't want Livermore to become the region's "go-to" place for low-income housing, and questioned whether neighboring cities were doing their part.

Councilman Bob Carling said Monday he wanted Stein removed immediately, something City Attorney Jason Alcala said had to first be put on the agenda for a future meeting.

The council voted unanimously Monday to consider Stein's removal at its May 3 meeting.

Stein made the comments last Tuesday, as the Planning Commission discussed Eden Housing's proposed 130-unit low-income housing development on 2.5 acres at the corner of South L Street and Railroad Avenue. 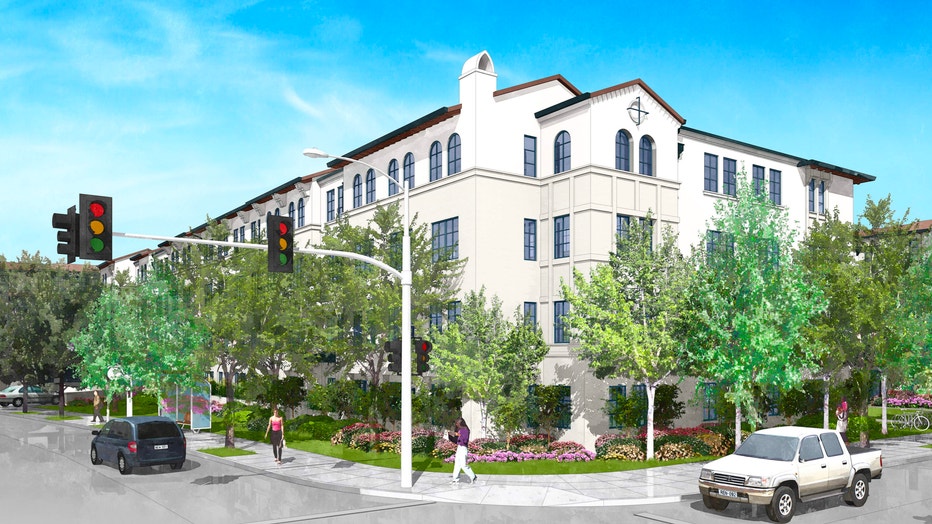 A rendering from Eden Housing and affordable housing project at South L Street and Railroad Avenue in Livermore , Calif. (Photo courtesy of the City of Livermore)

Stein -- who was appointed to the commission in 2019 after serving on the City Council for 15 years -- was the only commissioner to vote against the project, a decision he said was solely over parking concerns.

"I'd like to say that I do feel my comments were intemperate, or unfortunate, and I have personally apologized to the people who have contacted me, with a few exceptions," Stein told the council. "And I have written a letter of public apology."

Stein said he believes Livermore should have inclusionary housing "to serve all segments of the community. I also believe that as a planning commissioner, it's my role to treat the public with respect, compassion, and be willing to meet their expectations, and again I apologize if I have not done that."

Stein said he wants low-income housing "throughout the city, instead of being concentrated in a single location." Of his remarks last week, he said, "to some extent, I was misinterpreted."

"What I heard in an apology was I'm sorry that you misunderstood my comments," said council member Brittni Kiick. "I don't think that was really taking account for the actions of what was said. The impact of those words are very strong, as someone who used to be an elected official, as someone who is now serving at the pleasure of the council, should know better, that those words have meaning."

Kiick later apologized for becoming emotional, saying "This is just truly classism at its worst."

"He talked about Livermore as, quote 'The center of homelessness in the valley.' He went on to say that he did not want Livermore to become the, quote, 'go-to place in the valley for affordable housing.' And finally he used the word 'ghetto' to refer to the proposed Eden development, And in each case, he spoke in his capacity as an appointed official, to make statements about our community, and communal identity, that run counter to our stated values."

Carling said 75 percent of Livermore's homeless are from the city. "This is where they feel comfortable, this is their home."

The council will consider a range of responses to Stein's remarks, including dismissal. Alcala told members they don't legally need cause to dismiss Stein, as he serves at their pleasure.