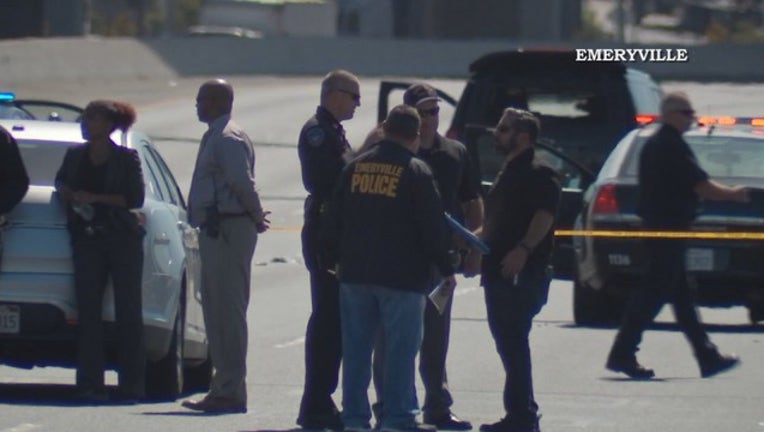 FILE ART - Emeryville police investigate a fatal Sept. 27, 2017 shooting on I-80. The department plans to release records on the use of force pursuant to SB 1421.

LOS ANGELES (AP/KTVU) - A judge on Tuesday ruled that police records of officer shootings and misconduct are public even if the events occurred before a new state transparency law took effect.

Superior Court Judge Mitchell L. Beckloff ruled in a case brought by the Los Angeles police union but his decision won't take effect until March 1 to give the union time to appeal, the Los Angeles Times reported. "The unambiguous language [in the statute] demonstrates the operation of SB 1421 has nothing to do with the date on which a personnel record was created - it applies to all records," the judge wrote.

Map: Who is releasing police personnel files and who is not

The Los Angeles Police Protective League is one of several unions around the state that have gone to court to block public release of personnel records that predate Jan. 1, when Senate bill 1421 took effect.

The law was passed in response to national distress over a series of deadly police shootings of unarmed minority men. It was designed to guarantee public access to records involving investigations into officer shootings, use-of-force incidents that caused great bodily injury or death, and those involving officers found to have committed misconduct such as sexual assault or falsifying evidence.

But in a dozen court cases, opponents have argued that the measure isn't retroactive and previous records are covered by California's longstanding privacy protections for law enforcement personnel.

Last week, a judge in Ventura County granted a request by a deputy sheriff's union to temporarily block release of records of past events. Earlier this month, a judge in Contra Costa County denied nearly identical requests from local unions.

Attorney General Xavier Becerra has said he also won't release records until judges in six counties issue their rulings, and as a result, at least seven police departments in California that were going to release records decided they wouldn't anymore. The First Amendment Coalition has since sued Becerra.

Other police departments, such as Emeryville, Burlingame, Rio Vista and BART, have been complying with the law.

The issue may eventually wind up before the California Supreme Court.