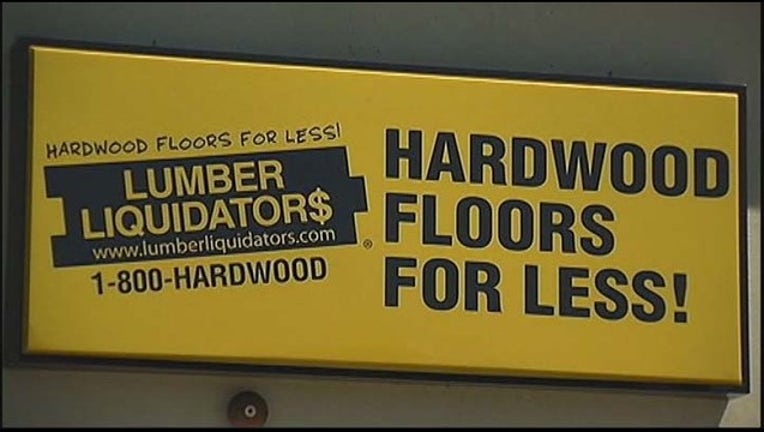 Lumber Liquidators has suspended the sale of all laminate flooring made in China a week after disclosing that the Justice Department is seeking criminal charges against the specialty retailer in an investigation over imported products.

The flooring supplier said Thursday that it decided to suspend the sales while a board committee completes a review of its sourcing compliance program.

The CBS news show "60 Minutes" reported in March that the company's laminate flooring made in China contained high levels of the carcinogen formaldehyde.

The company has sent thousands of air testing kits to customers since early March. It said more than 97 percent of the kits from customers with laminate flooring from China showed formaldehyde air concentrations that fell within World Health Organization guidelines.

It also said its suppliers have certified and labeled the flooring as compliant with California formaldehyde standards. But Lumber Liquidators is reviewing those certification processes.

Lumber Liquidators said last week that it has spent $2.3 million on its air-quality assurance program. The company also has said it has stopped buying Chinese laminate flooring for now, opting instead for products from parts of Europe and North America.

Lumber Liquidators also said last week in a regulatory filing that the Justice Department is seeking charges under the Lacey Act which, among other things, bans illegally sourced wood products.

Company shares rose 52 cents, or 1.9 percent, to $27.75 in midday trading Thursday. The stock had approached $70 per share in late February.