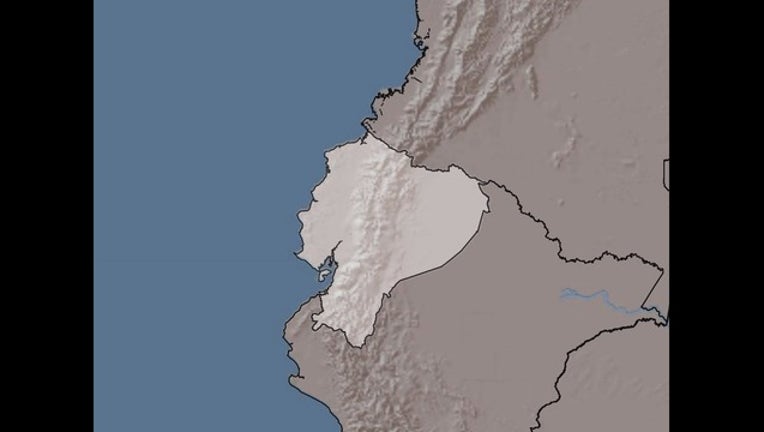 QUITO, Ecuador (AP) -- A strong earthquake has struck off the coast of Ecuador, sending people running into the streets of the country's major cities. Authorities say there have been no early reports of casualties or serious damage.

The U.S. Geological Service said Friday evening's tremor had a preliminary magnitude of 6.0 and was centered about 30 kilometers (20 miles) northeast of Bahia de Caraquez. The quake occurred about 7 kilometers (6 miles) below the Earth's surface.

Shaking was felt more than 200 kilometers (124 miles) away in the port city of Quayaquil and in the capital of Quito.

The quake struck in the same region as a powerful, magnitude 7.8 temblor in April 2016 that caused nearly 700 deaths and $3 billion in damage.