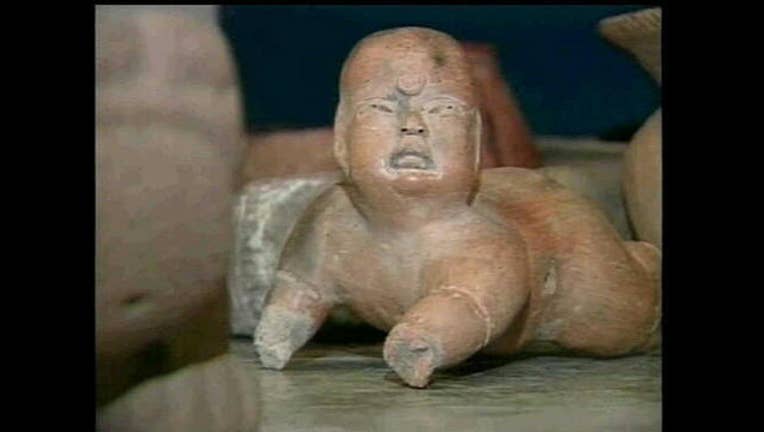 SAN FRANCISCO (AP) -- A majority of the oldest artifacts in the permanent collection of the Mexican Museum in San Francisco are either forgeries or not up to national museum standards, a new report has determined.

Only 83 of the 2,000 artifacts in the museum's pre-Hispanic, or pre-Columbian, era collection could be authenticated, the report said. The other 1,917 are considered decorative and will probably be donated to schools or smaller museums.

The museum board told the San Francisco Chronicle in a story Thursday that it was shocked by the results of the $80,000 study conducted as a Smithsonian Institution requirement.

The Mexican Museum was founded in 1975 and operated as a community museum until it was accepted as a Smithsonian affiliate in 2012, which raised the bar on the quality of artifacts that can be displayed.

By going through the collection and determining what items should be kept, the Mexican Museum is signaling to donors that it is serious about being a national museum, officials said.

In the early years, the museum built its collection on donations, and basically anything was accepted, said Andrew Kluger, chairman of the museum's board of trustees.

All of the items included in the study -- fake and real -- were donated, and no tax deductions were given to donors without independent authentication, Kluger said.

"It happens all the time that museums accept things that are not real," he said. "People donate pieces because their children don't want them."

That practice, however, is not acceptable for museums that accept artifact loans from the Smithsonian.

An independent team of museum curators from Mexico City conducted the study and submitted its findings in late June.

It was the first in a series of authentication studies to be done on the museum's more than 16,000 artifacts. While almost 96 percent of the museum's pre-Hispanic artifacts cannot be authenticated, Kluger does not expect that to be the case with later periods in the collection.

"Most of it is good," he said, "and everything in the Latino art and Chicano art collection appears to be authentic."

He said a recent gift of 86 or so authenticated pre-Hispanic sculptures from a Berkeley collector will join the 83 authenticated male and female figures, jars, bowls, vases and necklace ornaments going back 2,500 years.

The museum plans to consolidate its collection in time for its 2019 move into its new $86 million home.