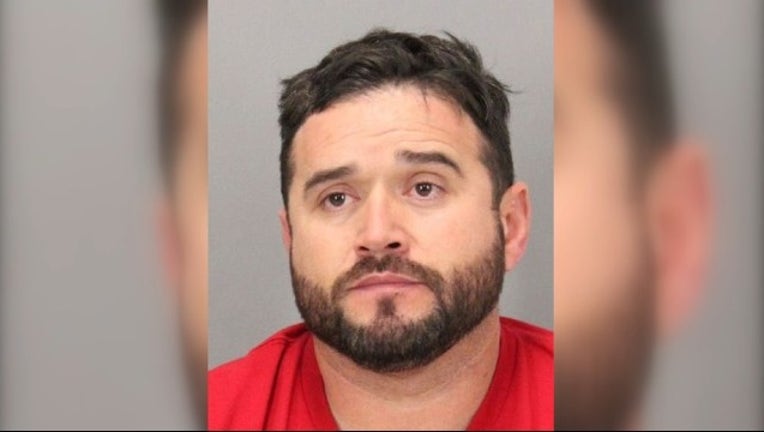 Ubaldo Munoz, 39, was arrested for allegedly fleeing the scene after hitting and killing a pedestrian in San Jose on Saturday night.

SAN JOSE, Calif. (BCN) - A 39-year-old man was arrested for allegedly fleeing the scene after hitting and killing a pedestrian in San Jose on Saturday night.

The crash happened at 9:42 p.m. in the area of Capitol Expressway and Silver Creek Road, according to police.

A woman was crossing Capitol Expressway outside the crosswalk when she was hit by a 2018 Ford truck traveling east on the road. Police said the driver attempted to flee the scene, but was stopped by witnesses.

Ubaldo Montaras Munoz of San Jose was arrested and booked into Santa Clara County jail on suspicion of felony hit and run and vehicular manslaughter, according to police, who don't believe drugs or alcohol were a factor in the crash.

The victim was pronounced dead at the scene and will be identified by the Santa Clara County medical examiner's office once her family members are notified.

Police said the crash is the city's 19th pedestrian fatality of 45 traffic-related deaths this year.