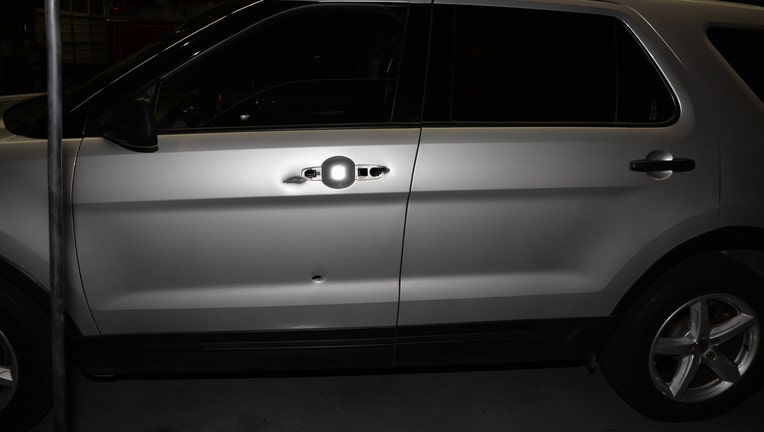 OAKLAND, Calif. - Oakland police have arrested a man they say walked down a street, screaming that he was going to shoot someone, then killed a man in an unprovoked attack and fired on firefighters.

Police say 50-year-old William Hobdy was arrested Thursday night after the killing on the 1400 block of Center Street in West Oakland.

Police say he was spotted walking down a street with a gun in his hand shortly before 38-year-old Ronald Sanders was killed.

Hobdy then allegedly opened fire on a vehicle with two firefighters inside. They weren't hurt. Police arrested Hobdy about an hour later when he walked into a nearby business.

Hobdy, who has a prior manslaughter conviction, was arrested on suspicion of murder and attempted murder.

The community organized a vigil to be held Friday evening at 6 p.m. for those impacted by the violence. Family members and community leaders were expected to speak at the scene of the crime.