The incident happened in Livermore.

LIVERMORE, Calif. - A man with a previous conviction for resisting arrest was charged with three counts of attempted murder on Friday for allegedly trying to strike two police officers and another man in Livermore early Wednesday morning.

Matthew Kelly, 38, who was shot by officers after he allegedly tried to hit them, was arraigned on Friday and is scheduled to return to court next Friday to be assigned an attorney and possibly enter a plea. 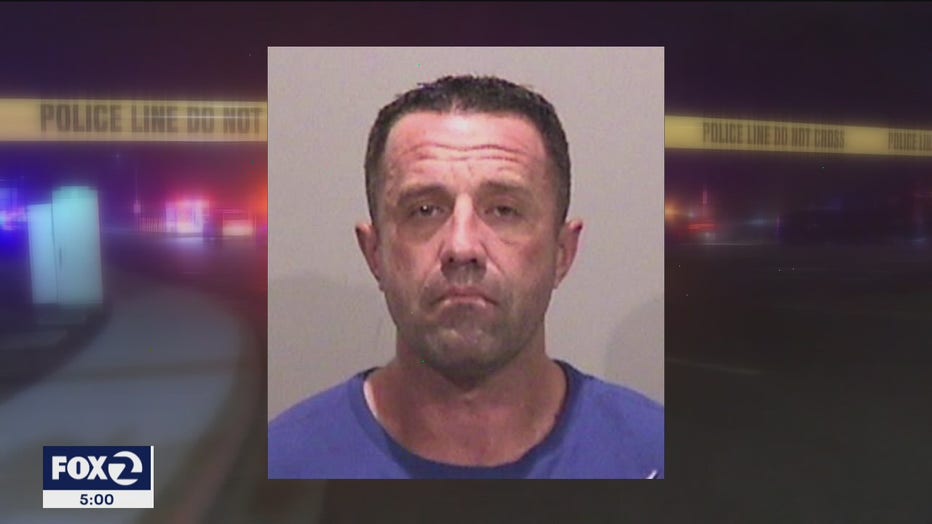 Livermore police have identified the man they say intentionally drove towards them in a Kia Soul on Wednesday morning.

Kelly, who has addresses in Newark and Fremont, suffered a single gunshot wound to his right leg and was treated at a local hospital.

Livermore police said that at about 3:25 a.m. on Wednesday two officers pulled over a Toyota driver who they suspected of driving under the influence on southbound Airway Boulevard south of Kitty Hawk Road near Interstate Highway 580.

The officers walked the Toyota driver off of the roadway and onto a private access road to conduct a sobriety check but several minutes later they saw a black 2011 Kia Soul traveling south on Airway Boulevard and then turning onto the access road, according to police.

The Kia Soul driver, later identified as Kelly, accelerated directly at the officers and the pulled-over driver so the drivers fired their guns at him as he allegedly tried to run them over, police said.

Kelly also was charged with two counts of assault on a peace officer and assault with a deadly weapon, namely the Kia Soul.

Livermore police and the Alameda County District Attorney's Office are investigating the shooting and officers Cofer and Santin have been placed on administrative leave pending the investigation.

At the time of the incident on Wednesday morning Kelly was on probation for his conviction on a misdemeanor count of resisting arrest for an incident at the Best Western hotel at 5400 Mowry Ave. in Fremont on June 24, 2018, in which he allegedly caused $530 in damage to a room.

But Alameda County prosecutors gave him a break and allowed him to plead no contest to a single misdemeanor count of resisting arrest on March 27, 2019.

Kelly was placed on three years' probation and ordered to serve 60 days in jail, but court records indicate he failed to complete a work alternative program.