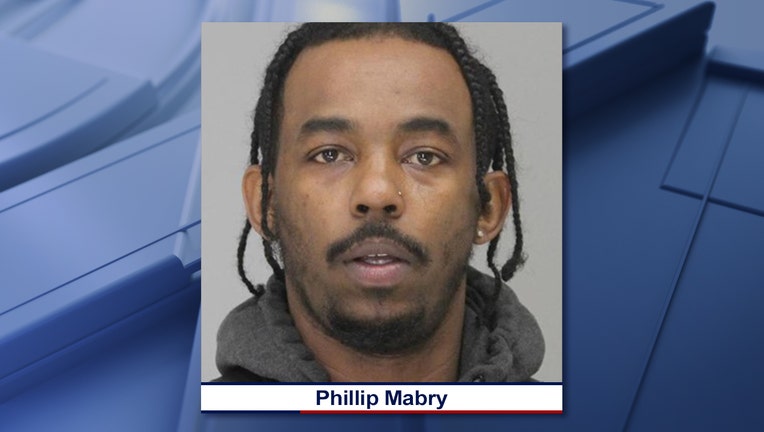 DALLAS - A 32-year-old man has been charged for a crash that resulted in the death of a Dallas PD officer who was working another crash scene early Saturday morning.

The Dallas Police Department is mourning the death of officer Mitchell Penton.

As officers were securing the scene, police said a black Kia Forte being driven by suspected drunken driver, Phillip Mabry, drove through the road flares at a high rate of speed and struck the police vehicle. 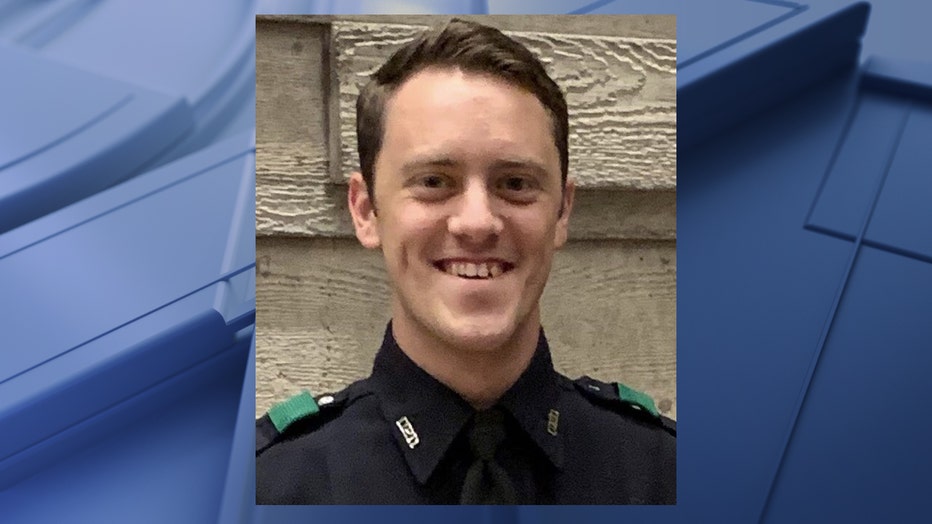 Penton was blocking traffic, standing outside his squad car with emergency lights flashing, when his police vehicle hit him.

He was taken to Baylor Medical Center in Dallas, with squad cars escorting the ambulance, but Penton was later pronounced dead.

Officer Penton joined the department in February of 2019, and was assigned to the Northeast Patrol Division. The department said Penton had just recently completed training, becoming a full-fledged officer in October.

Officers lined up outside the hospital with a salute to Penton as his body was brought out and taken the medical examiner.

The driver of the Forte, Mabry, was arrested and charged with intoxication manslaughter on a police officer and intoxication assault.

A woman riding with him was questioned by police.

The Rogers State University soccer team posted about Penton. He graduated from the university in 2015 and was a former goalkeeper for the soccer team.

"He was recently married and a soon-to-be father. Our hearts go out to his family and friends, as well as to all at RSU who knew him as a student and a friend," it said in the post.

"Our hearts are with the family and loved ones of the Dallas Police Department officer who was killed in the line of duty this morning," Texas Governor Greg Abbott said in a statement. "This terrible loss is a solemn reminder of the risks our brave law enforcement officers face while serving and protecting our communities. Cecilia and I ask our fellow Texans to join us in lifting up the officer's family and the entire Dallas Police Department in prayer during this difficult time."

"Dallas mourns today over the devastating loss of one of our police officers. He died far too young, but the measure of a life is not longevity, but what someone does with the time they have. And this officer dedicated his time to serving our great city in an inherently dangerous job. We are forever indebted to him and forever heartbroken by this tragedy. I am praying today for his family, friends, and colleagues. I know our city will provide them with love and support as we seek justice."