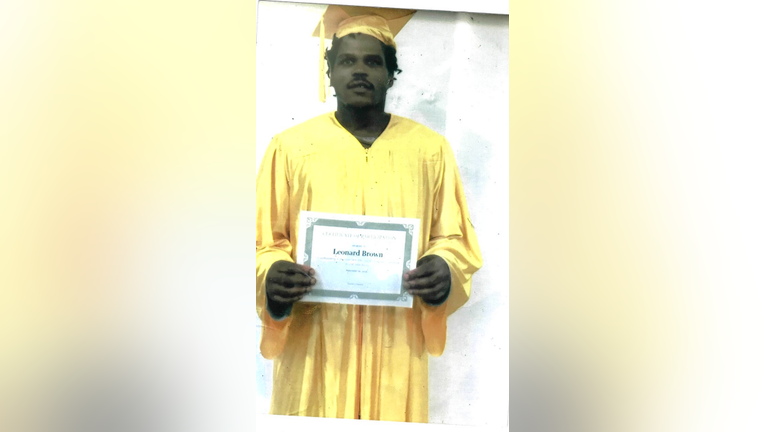 DUBLIN, Calif. - A 36-year-old man who had been in federal custody and who had complained of not feeling well has died, days after an attempted suicide at Santa Rita Jail last month, KTVU has learned.

Alameda County Sheriff's Lt. Ray Kelly confirmed that a federal custody inmate – identified by family as Leonard Brown – attempted to take his own life on March 11 and was transported to Stanford's ValleyCare Hospital in Pleasanton.

"Deputies and medical staff intervened and saved his life," Kelly said, adding that he was turned back over to federal custody while at the hospital.

On the same day that Brown attempted suicide, a family friend tried to reach him but was told he had been "released," according to Yolanda Huang, an attorney who spoke with his mother. No other information was given.

On March 16, Huang recounted that the hospital called Brown's mother, Blondell Brown, to say that her son was on life support and asked her if she would be willing to harvest his organs.

Blondell Brown was heartbroken and incensed, Huang said. It was too late: When she arrived at the hospital later that day, her son was brain-dead.

"No one called her until he was gone," Huang said. "She never got to say goodbye. It's horrible."

The family has yet to receive a death certificate, nearly a month later.

Brown suffered from mental illness, according Huang. His mother told Huang that the jail was either withholding or reducing her son's medication in jail and he had called her, complaining that he wasn't feeling well.

Kelly referred questions about the medication to Wellpath, the medical provider at the jail.

Wellpath did not answer any particular questions regarding the allegations. But in a generic statement the company said: "At Wellpath the safety and wellbeing of our patients is our primary concern. Due to privacy laws and out of respect for the family, Wellpath is unable to comment on the care provided in this case."

Brown was born and raised in Oakland. He attended McClymonds High School and dropped out, getting a GED, Huang said.

He was in federal custody after violating his parole, stemming from an initial bank robbery, Huang said.