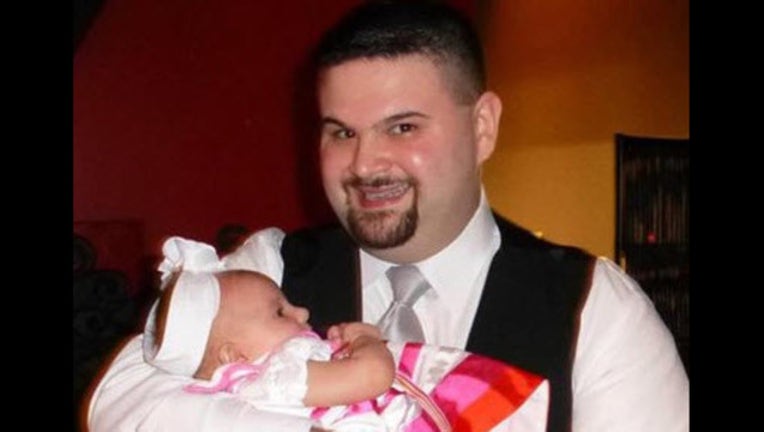 For weeks, the man from the Seattle suburbs found himself getting emails from people he didn't know about a bachelor party and a groom he's never met.

He saw names of Philadelphia landmarks like Reading Terminal Market thrown around in the emails but couldn't put his finger on where they were located until he searched the names online.

"I had no idea what any of these places are," said DiJulio, 31, who's never been to the Northeast. "After Googling them, everything was pointing to Philadelphia."

It turns out DiJulio, an information technology worker and a married father of one in Burien, Washington, had been mistaken for a friend of the groom with a similar last name.

He sat as a "fly on the wall" for much of the email chain until Monday, when he broke the news after the groom's brother wanted a headcount of people attending the party.

But it didn't end there.

Groom Jeff Minetti, 34, figured: Why not still invite him?

The Philadelphia real estate agent asked him to attend both the bachelor party March 28 and his wedding May 2 in New Jersey.

"This is the city of brotherly love," Minetti said, even telling DiJulio he could be his best man. "Any and all are welcome."

DiJulio went online to tell his story and raise money to cover his travel. In less than a week, he's already hit his goal of a little more than $1,200 and is putting any more money raised toward Minetti's honeymoon.

The groom promises the bachelor party will be a low-key affair at some bars, maybe a casino, to watch March Madness unfold.

And while he won't actually get to be the best man — that's reserved for Minetti's 11-year-old cousin — DiJulio has his plane ticket ready to go for next weekend to see a city he's never been to and hang out with a group of guys he's never met.