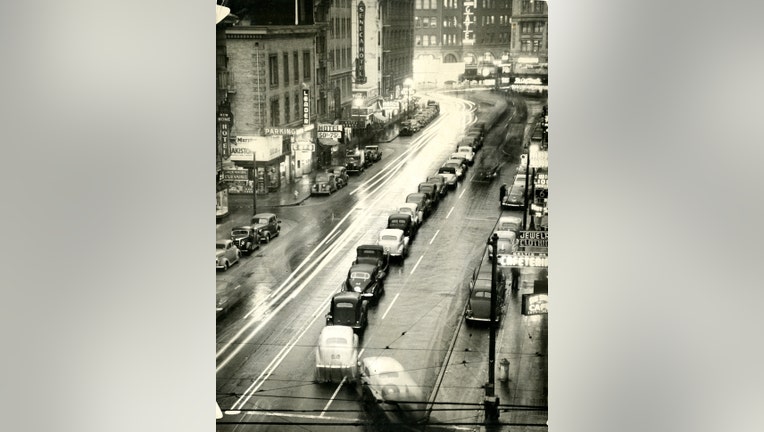 San Francisco traffic scene, Looking up 6th Street, towards Market Street. Visible in the photo is the Hotel Seneca, with a sign that shows the rates as 50 to 75 cents. December 5, 1945(Photo by Bob Campbell/San Francisco Chronicle via Getty Images)

SAN FRANCISCO - A man is in serious condition after being rescued from a hotel on fire Friday in San Francisco, officials said.

San Francisco Fire Department authorities said a fire broke out on the sixth floor of the Seneca Hotel located at 34th Sixth St. with a subject trapped inside. The victim, unidentified at this time, is in serious condition and was taken to an emergency room.

Officials said the fire is now contained. It is unclear at this time what caused the fire, which is under investigation.

Anyone with information is urged to contact the department at 311.