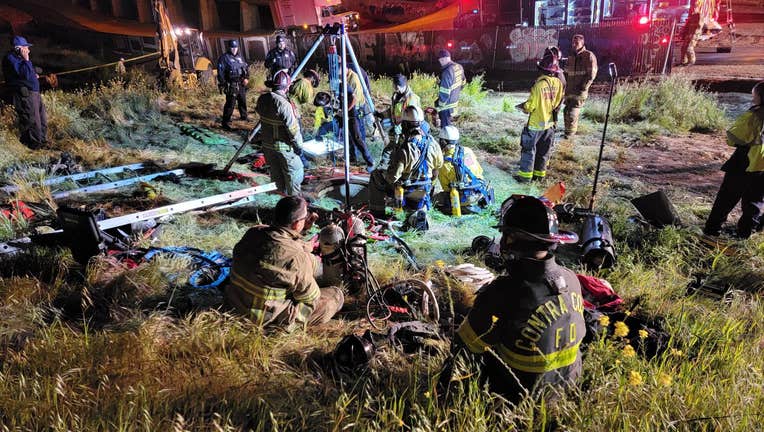 Rescuers were trying to free a man trapped in an underground storm drain in Antioch on March 20, 2022.. Photo by Contra Cpsta Fire Protection District.

The man in his mid-30s emerged "uninjured" after firefighters and other rescuers freed him from a 16" pipe, according to the Contra Costa County Fire Protection District. He was being taken to a hospital to be examined.

Dozens of rescuers worked for 3.5 hours to bring the man to safety.

The fire department described it as a "complex & risky" effort when they announced their success at 9:30 p.m.

Four firefighters reached "the underground space where the victim in Antioch remains trapped" around 8:40 p.m., the fire department said earlier. 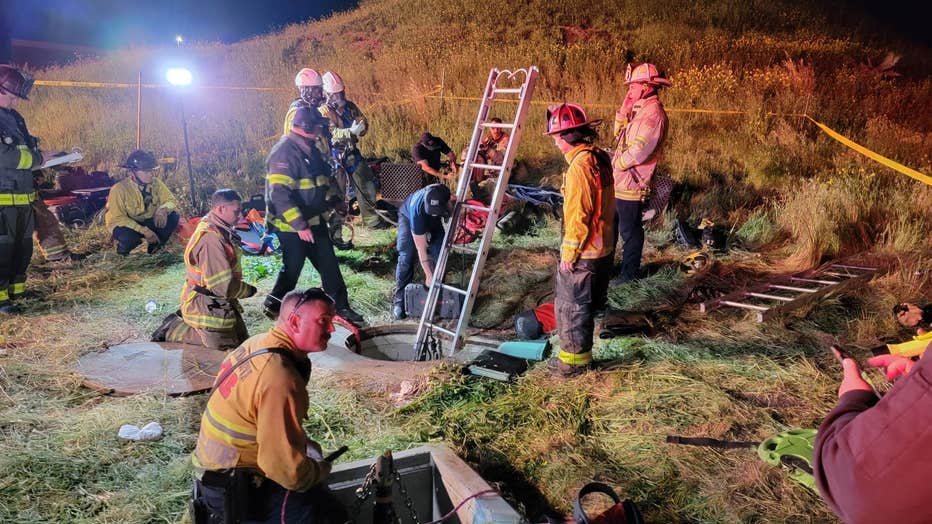 Dozens of rescuers were trying to reach a man trapped in a storm drain underground in Antioch on March 20, 2022. Photo by the Contra Costa County Fire Protection District. (KTVU FOX 2)