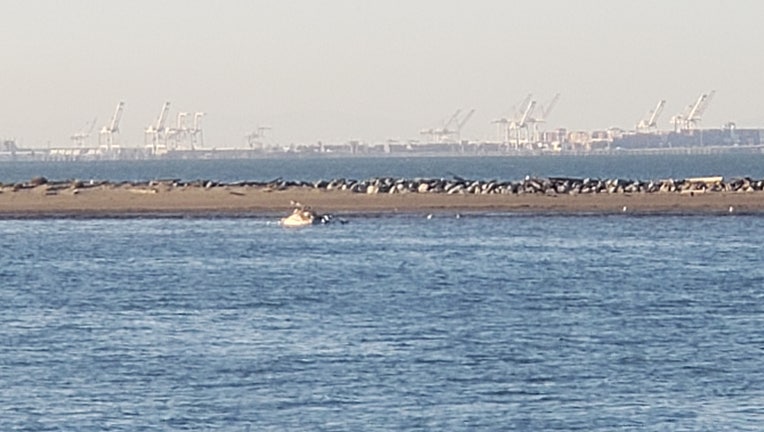 A dead whale was spotted off Brooks Island in Richmond. May 20, 2022 Photo: Phillip Walton

RICHMOND, Calif. - A man said he saw a dead whale Friday morning off Brooks Island in Richmond – an unusual sight to see while out on a regular morning walk.

Phillip Walton shared a photo of the whale from Canal Boulevard.

Walton said he expects to see more of the whale's carcass during low tide.

The whale's carcass was placed near Brooks Island by the Army Corps of Engineers, KTVU confirmed.

The whale's carcass was removed as it posed as a hazard for ferry boats, said Meyer.

After conferring with the Marine Mammal Center, the Army Corps decided to place the whale's body near Brooks island because of the lack of current and vessel traffic, said Meyer. The carcass can also be a food source for other animals or decompose naturally.