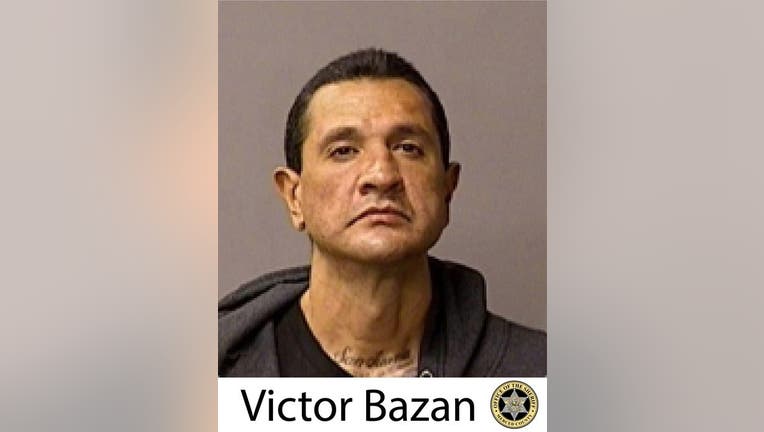 Victor Bazan, 40, wanted in connection of a homicide in Hilmar.

MERCED COUNTY, Calif. - A man is wanted in connection with a homicide in Merced County, officials said Wednesday.

Authorities are searching for 40-year-old Victor Bazan who was allegedly involved in a homicide that occurred in the 19000 block of American Avenue in Hilmar Tuesday night, according to the Merced County Sheriff's Office. Officials found two adult victims at the residence, and believe Bazan may be related to one of them.

Bazan is considered a "transient" but is known to frequent Modesto, Ceres, and Turlock. Authorities did not specify if he has been charged with murder but said a warrant is out for his arrest.

His current location is unknown. Descriptions of the two victims were not provided.

Authorities ask anyone who sees him to not approach and call 911. Those who have information regarding the case can contact the Merced County Sheriff's Office at (209) 651-2852. Texting and anonymous reporting are available.