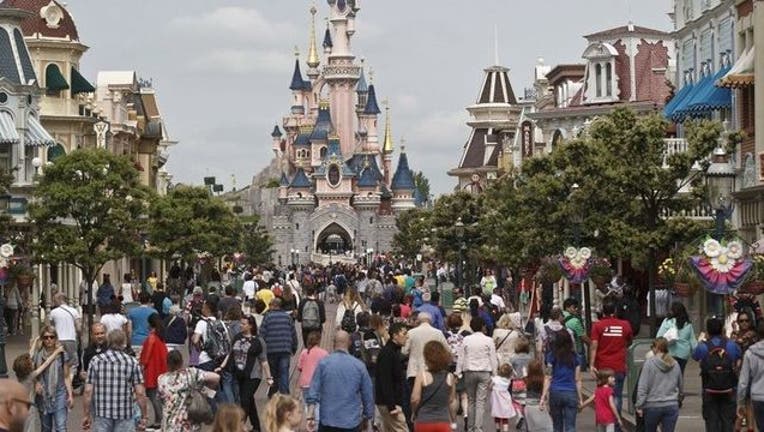 PARIS (AP) — A man who tried to bring two handguns into a hotel at Disneyland Paris was detained Thursday along with his female partner, authorities said, amid lingering jitters around the French capital following attacks last year.

No one was hurt in the incident, and the park — Europe's most-visited tourist attraction — remained open after the arrests.

The man, 28, was detained at the New York Hotel, part of the Disneyland complex, according to a police official who wasn't authorized to be publicly named. He was also found to have a Quran. The man's motives for trying to enter the hotel with arms were unclear.

"During a routine security screening checkpoint at one of our hotels, weapons were discovered in a guest's luggage through our X-ray machine. The police were immediately notified," Disneyland Paris communications chief Francois Banon said. "We continue to work closely with the authorities, and the safety and security of our guests and cast members is our utmost priority."

The man's partner was detained later at the park, the police official said. The woman didn't appear to be armed, and no other suspects are currently being pursued, the official said.

About a dozen police surrounded the hotel Thursday evening, and a car was towed away from the parking lot, though it's unclear whether the car was linked to the arrests.

Employees at the New York Hotel and several others around Disneyland Paris said they continued functioning as usual after the arrest.

France is under a state of emergency after Islamic extremist attacks around Paris in November that killed 130 people. Disneyland Paris, east of the French capital, closed briefly after those attacks.