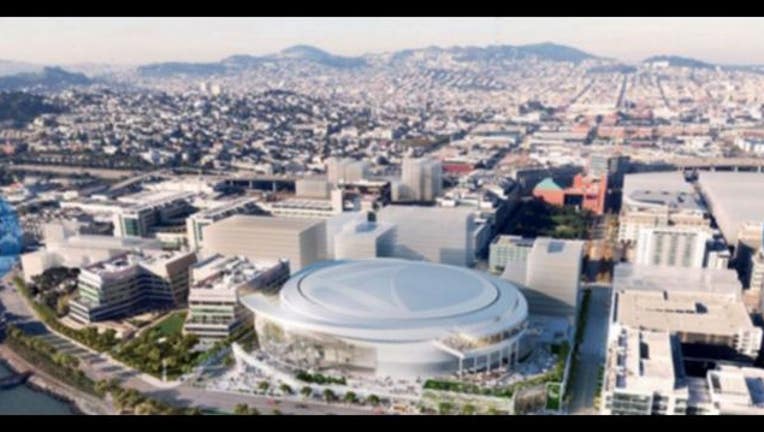 The Chase Center, where the Golden State Warriors will play when the arena completed, is scheduled to open for the beginning of the 2019-20 NBA season. The Chase Center broke ground Jan. 17 and will seat 18,000.

"Chase Center and the surrounding area are going to be a destination for the entire Bay Area and having the NCAA Men's Basketball Championship West Regional at Chase Center in 2022 is great for not only the City of San Francisco, but the entire Bay Area," Warriors president and chief operating officer Rick Welts said in a statement.

"There's nothing quite like the NCAA Tournament," Warriors head coach Steve Kerr said in a statement.

Kerr played for University of Arizona and advanced to the Final Four as a collegiate player.

"I can assure you there will be memories made that will last a lifetime, both for the players and the fans," Kerr said. March Madness has been absent from San Francisco since 1939 when the first NCAA Men's Basketball Tournament was played.

In March of that year, San Francisco hosted the West Regional at the California Coliseum on Treasure Island during the Golden Gate International Exposition, a World's Fair to celebrate the opening of the Bay and Golden Gate bridges, according to officials with the NCAA's Pac-12 sports conference.