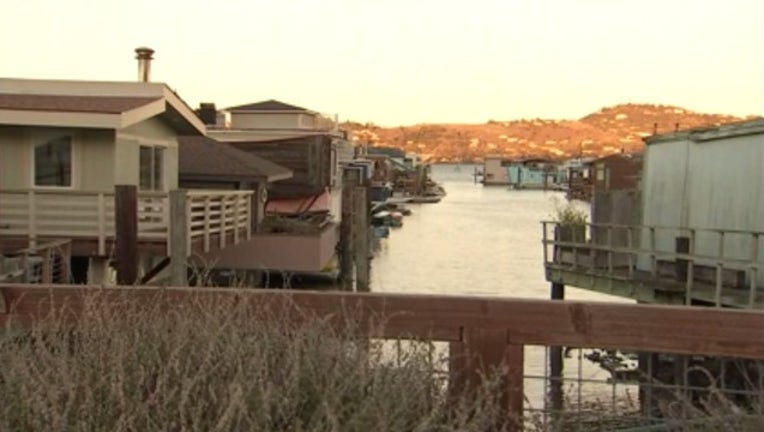 A man died New Year's Eve after being pulled from Richardson Bay following a boating accident.

SAUSALITO, Calif. (BCN) - A man died Monday afternoon at a hospital after he was pulled from Richardson Bay near Sausalito, fire officials said.

Firefighters from the Southern Marin Fire Protection District were called at 2:18 p.m. to a dock at Schoonmaker Point Marina at 85 Liberty Ship Way.

Two people were reported to be in the water, Battalion Chief Matt Barnes said.

Firefighters arrived in five and a half minutes and found that a man and a woman in their early to mid 40s were in distress. Barnes said that one was submerged while the other person was on the surface.

Both were taken from the water and taken to a hospital.

The pair, from Richardson Bay, was in a small vessel that resembled a rowboat, Barnes said, and firefighters don't know yet whether the pair fell in the water or the boat overturned.

Neither was wearing a life jacket.

Barnes said winds in the area were anywhere from 30 to 35 mph. A wind advisory was in effect for the area through 9 p.m. Monday.

Asked whether it was dangerous for the pair to be on the water, "Yeah, definitely," he said.

Also, a firefighter suffered minor injuries and was taken to a hospital for care.

Some people in the area helped with the rescue. When firefighters arrived, some were holding one person out of the water, Barnes said. Boaters in a sailboat initially made contact with the victims.