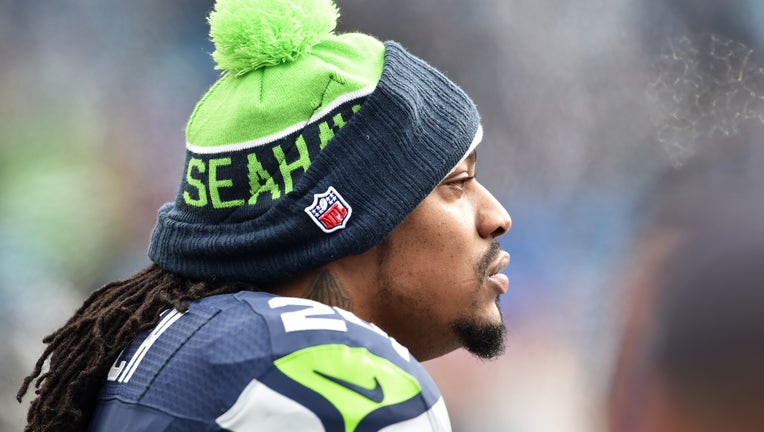 Marshawn Lynch #24 of the Seattle Seahawks looks on before the NFC Divisional Playoff Game against the Carolina Panthers at Bank of America Stadium on January 17, 2016 in Charlotte, North Carolina. (Photo by Ronald C. Modra/Getty Images)

The Seahawks and Marshawn Lynch are reuniting after reaching an agreement on Monday night, his agent confirmed on Twitter.

The Seahawks signed  Lynch to a one year deal, only for the last regular-season game against the San Francisco 49ers and the postseason, according to ESPN's Adam Schefter.

Seattle is in desperate need of running backs after Chris Carson (hip) and C.J. Prosise (arm) both suffered season-ending injuries in Sunday’s 27-13 loss to Arizona. Coach Pete Carroll said earlier Monday on his radio show that Lynch was flying to Seattle to undergo a physical.

Carroll said reports are that Lynch is in good shape.