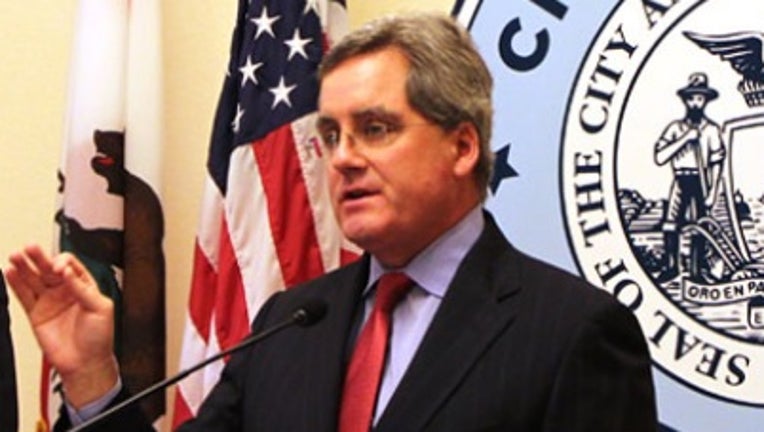 Next, the five-member commission that oversees the commission is expected to interview Herrera, and if he is selected, will forward a recommendation to the mayor, who would then formally appoint him.

The move would mark a major milestone for Herrera, who has served as city attorney for two decades after first being elected to the position by voters back in 2001.

"Dennis has been a great champion in San Francisco across a wide range of issues from civil rights to protecting our environment, and most importantly he has been someone who always puts the people of this city first," Breed said in a statement.

Herrera said he would cherish the work done by the City Attorney's Office over the past two decades.

"We advanced equality for all, pushed affordable housing at every turn, gave our children better opportunities to grow and thrive, and took innovative steps to protect the environment," Herrera said. "We never shied from the hard fights. Above all, our approach to government has had an unwavering focus on equity, ethics and integrity."

Herrera added, "I am ready to take the lead in ensuring that all San Franciscans have sustainable and affordable public power, clean and reliable water, and, overall, a public utility that once again makes them proud. I want to thank Mayor Breed for this unique opportunity to stand up for ratepayers and usher in a new era of clean leadership at the top of the San Francisco Public Utilities Commission."

The SFPUC has been seeking a new general manager since former general manager Harlan Kelly resigned in November 2020. Federal prosecutors charged Kelly with wire fraud, accusing him of accepting gifts including cash and vacations from a construction company executive seeking to secure a multi-million-dollar contract with the city.

The SFPUC oversees the generation of clean power for the city's buildings, residents and businesses through programs like CleanPowerSF, and also oversees the delivery of drinking water and the treatment of wastewater. The commission is tasked with providing oversight for the SFPUC's rates and charges, services, approval of contracts and organization policies.

The commission's process to select a new SFPUC general manager could take several weeks, according to the mayor's office.