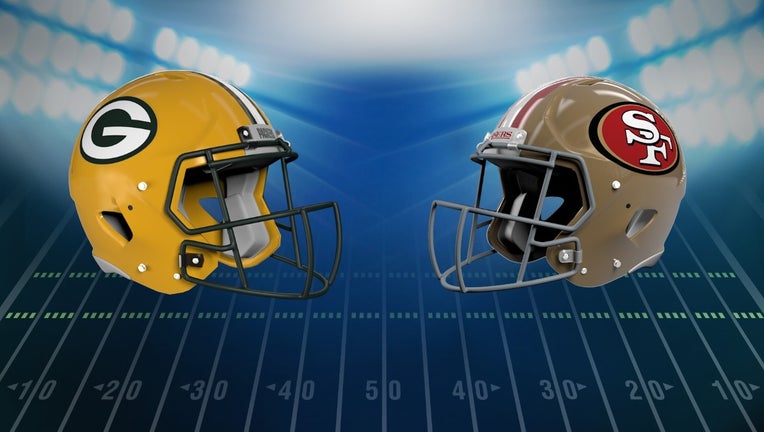 SAN FRANCISCO - The mayors of San Francisco and Green Bay, Wisconsin, along with their police and fire chiefs, have agreed to friendly wagers on Sunday's game.

The mayors' bet is more of a challenge. Both plan to volunteer in their communities regardless of Sunday's game outcome, but the mayor of the losing team must do so while wearing the colors of the winning team.

After Sunday's NFC Championship game, the mayors and contingents of their staff will volunteer at Boys & Girls Clubs in their respective cities.

"I hope Mayor Genrich is ready to wear Niners red and gold during our day of service!" Breed said Friday.

The police chiefs of the two cities have also agreed to a friendly wager.

San Francisco Chief Bill Scott and Green Bay Chief Andrew Smith, who once worked together at the Los Angeles Police Department, have agreed they will wear the winning team's jersey if their team loses. To enforce the wager, a photo must be posted on social media of the losing chief in the opposing team's colors.

In addition the chief of the losing team will donate $50 to the police foundation of the winning team.

Chief Scott posted a video on Facebook, saying that he would reluctantly don the green and gold jersey if the Packers win.

The Green Bay Police Department's Facebook post responds, "It would be a little difficult to find a 49er jersey in Wisconsin, but we are confident it won't be needed (Need we remind them of 1997?)"

The San Francisco and Green Bay fire departments have also agreed to a friendly challenge, with an emphasis on fire safety.

Both departments plan to release a fire safety announcement on social media at halftime during the NFC Championship game.

The Fire Chief that loses has also agreed to personally donate $100 to a Burn Camp/Prevention charity of the winning Fire Chief's choice.