A look back at the top space exploration moments in 2022. (Credit: NASA)

Some forces of nature can't be predicted in daily weather forecasts but come swiftly and without mercy.

In 2022, volcanic eruptions, earthquakes, tsunamis and dangerous mudslides were among the top five most extreme forces of nature on Earth.

While some of these extreme natural disasters occurred without injuring a single person, such as the Mauna Loa Volcano in Hawaii, other places were not spared.

Take a look at some extreme examples of Mother Nature's fury.

At the start of 2022, Mother Nature was busy throwing curveballs at humanity.

In January, when the underwater volcano erupted near Tonga, it sent literal shockwaves around the planet.

The blast prompted tsunami warnings across the West Coast and Alaska, where increased wave heights were reported.

WHAT MAKES ‘PELE’S HAIR' DURING A VOLCANIC ERUPTION?

The tsunami created by the eruption caused damage in Hawaii and led to flooding in the Pacific states. 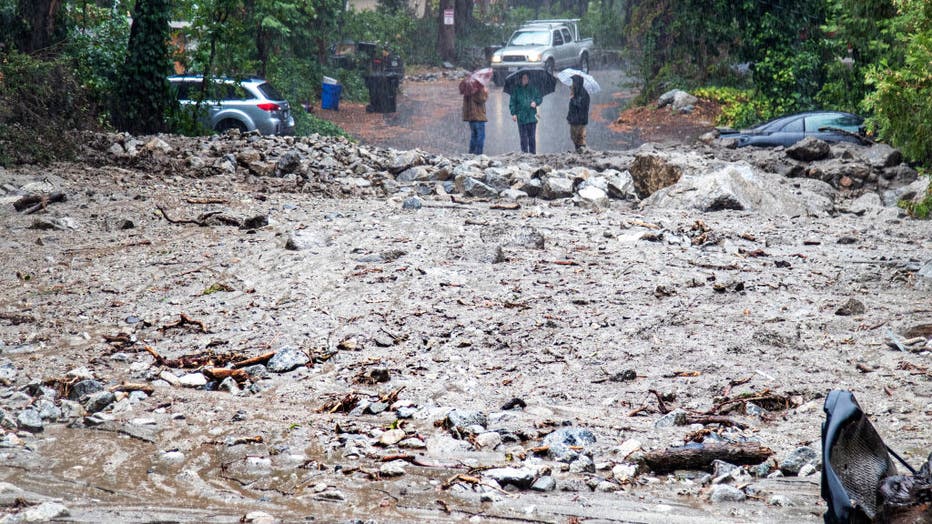 Residents are stranded on the other side of a 50 yard mudslide on Canyon Drive after heavy rains sent debris down the San Bernardino National Forest September 12, 2022 in Forest Falls, California. (Gina Ferazzi / Los Angeles Times via Getty Images)

Heavy rainfall along burn scars in September caused mudslides and debris flows to barrel down Southern California hillsides,  overtaking highways and destroying at least one business.

During the first landslide in Los Angeles County, drivers were trapped when the mudslide moved onto Pine Canyon Road.

7 THINGS TO KNOW ABOUT MUDSLIDES

Los Angeles County Fire Department officials said they rescued approximately 50 people who were taken to a nearby county fire station to meet with the American Red Cross. Only one person was injured during the incident.

Then a day later, another debris flow triggered by heavy rains swept through Oak Glen, California.

According to Oak Glen Steakhouse and Saloon owner Brandon Gallegos, the mudslide brought "monstrous trees" and "rocks the size of boulders" barreling into his restaurant. 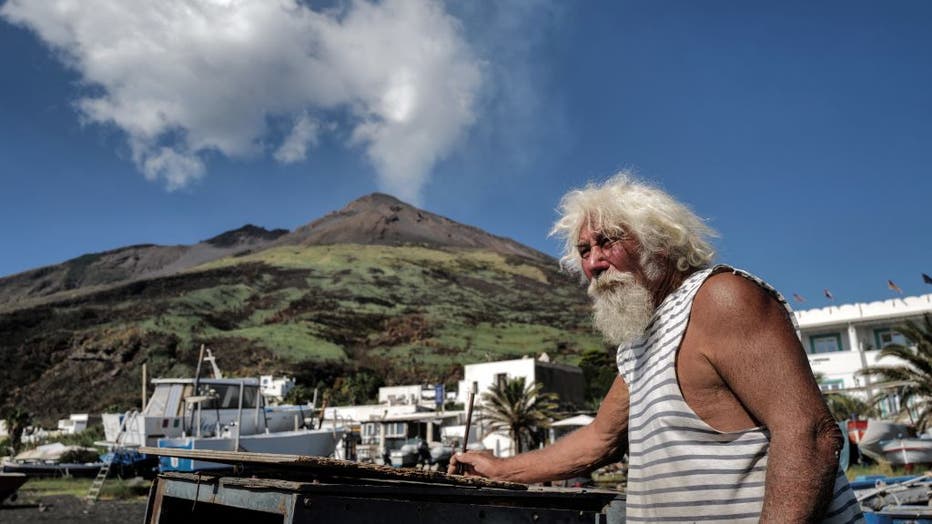 A fisherman Gaetano Cusolito, 70, uses a winch to raise his boat, on September 12, 2022. - Stromboli, one of Europe's most active volcanoes, is part of the seven-island Eolian Archipelago of Sicily in southern Italy. (Photo by Valery Hache/AFP via Ge

Mount Stromboli has been in a continuous eruptive state since 1934, according to the Smithsonian Global Volcanism Program.

In October, the volcano on the Italian island of Stromboli erupted, sending plumes of smoke and ash thousands of feet into the air and a pyroclastic flow and lava rushing down the side of the mountain into the Tyrrhenian Sea.

This year, the volcano has offered some potent eruptive activity, including lightning in December.

Deadly earthquakes in Indonesia and Afghanistan

A powerful earthquake struck eastern Afghanistan, killing at least 1,000 people and injuring 1,500 more. These numbers are expected to rise as rescuers rush to the rural, mountainous region by helicopter. Tremors were also felt across Pakistan and India. The disaster poses a major test for the Taliban-led government, which seized power last year as U.S. troops withdrew.

The deadliest natural disaster in decades happened in June when a magnitude 5.9 earthquake struck in Afghanistan near the border of Pakistan.

More than 1,000 people were killed, and over 1,500 others injured in the Gayan and Barmal districts of Paktika province alone, the head of the Information and Culture Department of the region told the Bakhtar News Agency.

Then in November, a magnitude 5.6 earthquake shook Indonesia's main island of Java, killing more than 300 people and injuring hundreds of others.

Geologists said what made these earthquakes so deadly was the combination of geography, building quality and population density.

Decades since its last eruption, people are coming from all over to get a look at Hawaii's Mauna Loa. Wendy Stovall with the USGS joined LiveNOW from FOX's Josh Breslow with the latest on the eruption.

The last on the list of extreme cases of Mother Nature exerting her force happened in November when Hawaii's Mauna Loa Volcano began erupting for the first time in 38 years.

When the world's largest active volcano began erupting for the first time since 1984, crowds from across the globe came to Hawaii's Big Island to see the lava flows from a safe distance.

WATCH LAVA FLOW IN THESE MESMERIZING VOLCANIC ERUPTIONS AROUND THE WORLD

During the eruption period, there was a concern when active fissures were feeding lava flows downslope toward the Daniel K. Inouye Highway (Saddle Road). However, the lava eventually slowed and stopped before reaching the highway.

While it lasted, Mauna Loa sent volcanic gas plumes high into the air and volcanic glass fibers known as Pele's Hair into nearby communities.

According to the Hawaiian Volcano Observatory, the volcano stopped actively erupting in December, about two weeks after it started.