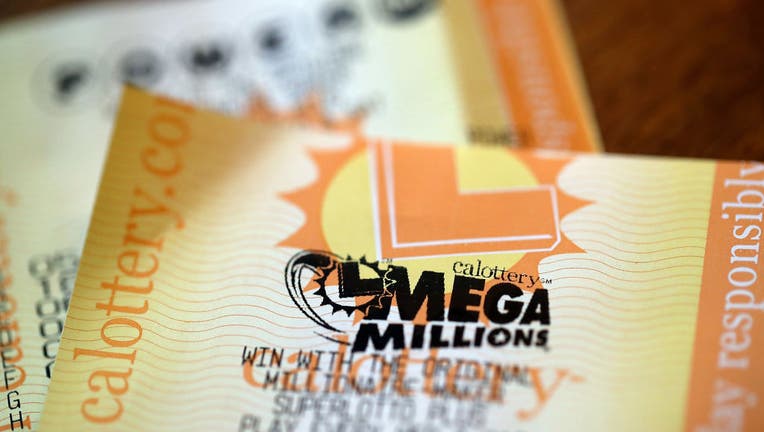 SAN ANSELMO, CA - JANUARY 03: Powerball and Mega Millions lottery tickets are displayed on January 3, 2018 in San Anselmo, California. The Powerball jackpot and Mega Millions jackpots are both over $400 million at the same time for the first time. Th

That's the third-highest Mega Millions jackpot to date, according to California Lottery officials. It's the fifth largest U.S. lottery jackpot.

SEE ALSO: What are the 10 largest US lottery jackpots ever won?

While many lottery players buy their tickets with grand dreams of striking it big-time rich, the odds of winning the top Mega Millions top prize stood at an improbable 1 in 302.6 million.

The drawing for the game is held 8:00 p.m. every Tuesday and Friday.

"Be sure to purchase your ticket(s) before 7:45 p.m. for tonight’s draw," state lottery officials reminded jackpot dreamers on Tuesday.