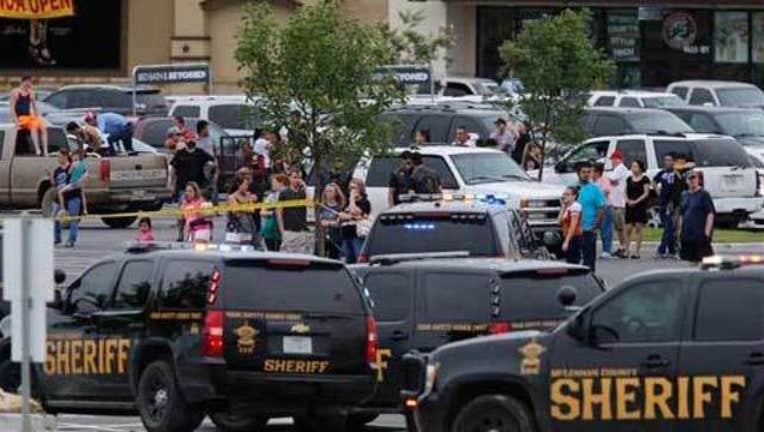 WACO, Texas (AP) — Texas law enforcement authorities warned weeks ago of growing animosity between rival motorcycle gangs, a feud that erupted into violence this week with a deadly lunchtime shootout between the two groups in a crowded Waco restaurant.

In a memo dated May 1, the Texas Department of Public Safety cautioned authorities about increasing violence between the Bandidos and the Cossacks, Dallas TV station WFAA reported Monday. The county sheriff has said all nine people who were killed in the melee Sunday were part of those two groups.

The shootout at a Twin Peaks restaurant also left 18 injured, and about 170 bikers have been charged with engaging in organized crime.

The DPS Joint Information Center bulletin said the tension could stem from Cossacks refusing to pay Bandidos dues for operating in Texas and for wearing a patch on their vest that claimed Texas as their turf without the Bandidos' approval.

"Traditionally, the Bandidos have been the dominant motorcycle club in Texas, and no other club is allowed to wear the Texas bar without their consent," the bulletin said, according to WFAA.

The bulletin said the FBI had received information that Bandidos had discussed "going to war with Cossacks." It also outlined several recent incidents between the two groups, including one instance in March when about 10 Cossacks forced a Bandido to pull over along Interstate 35 near Waco and attacked him with "chains, batons and metal pipes before stealing his motorcycle," WFAA reported.

That same day, a group of Bandidos confronted a Cossack member fueling up at a truck stop in Palo Pinto County, west of Fort Worth, the bulletin said. When the Cossack member refused to remove the Texas patch from his vest, the Bandidos hit him in the head with a hammer and stole it.

There are other documented instances of violence between the groups.

Last March, two members of the Bandidos were indicted in connection with the stabbing of two Cossacks at an Abilene steakhouse in March 2014.

And in December, three Bandidos were arrested for a shooting at a Fort Worth motorcycle bar that left one dead and two others wounded. Fort Worth police said the victims were known members of a criminal motorcycle gang.

The Bandidos "constitute a growing criminal threat to the U.S. law enforcement authorities," the Justice Department said in a report on outlaw motorcycle gangs. According to the report, the Bandidos are involved in transporting and distributing cocaine and marijuana and in the production and distribution of methamphetamine.

McLennan County Sheriff Parnell McNamara, whose office is involved in the investigation, said the nine dead were members of the Bandidos and Cossacks. However, Waco police spokesman Sgt. W. Patrick Swanton has repeatedly declined to identify which gangs were involved in a fight that began with punches then grew to include chains, knives and then guns.

Five gangs from across Texas had gathered at Twin Peaks to in part settle differences over turf, Swanton has said.

The Confederacy of Clubs, a network of motorcycle clubs, had a scheduled regional meeting at the restaurant, according to their website.

On Monday, about 170 gang members were charged with engaging in organized crime. McLennan County Justice of the Peace W.H. Peterson set bond at $1 million for each suspect.

He defended the high amount, citing the violence that quickly unfolded in a shopping market busy with a lunchtime crowd.

Police and the restaurant operators were aware of Sunday's meeting in advance, and 18 Waco officers in addition to state troopers were outside the restaurant when the fight began, Swanton said. Police have acknowledged firing on armed bikers, but it was unclear how many of the dead were shot by gang members and how many were shot by officers.

"We have a contingency plan to deal with those individuals if they try to cause trouble here," Swanton said.